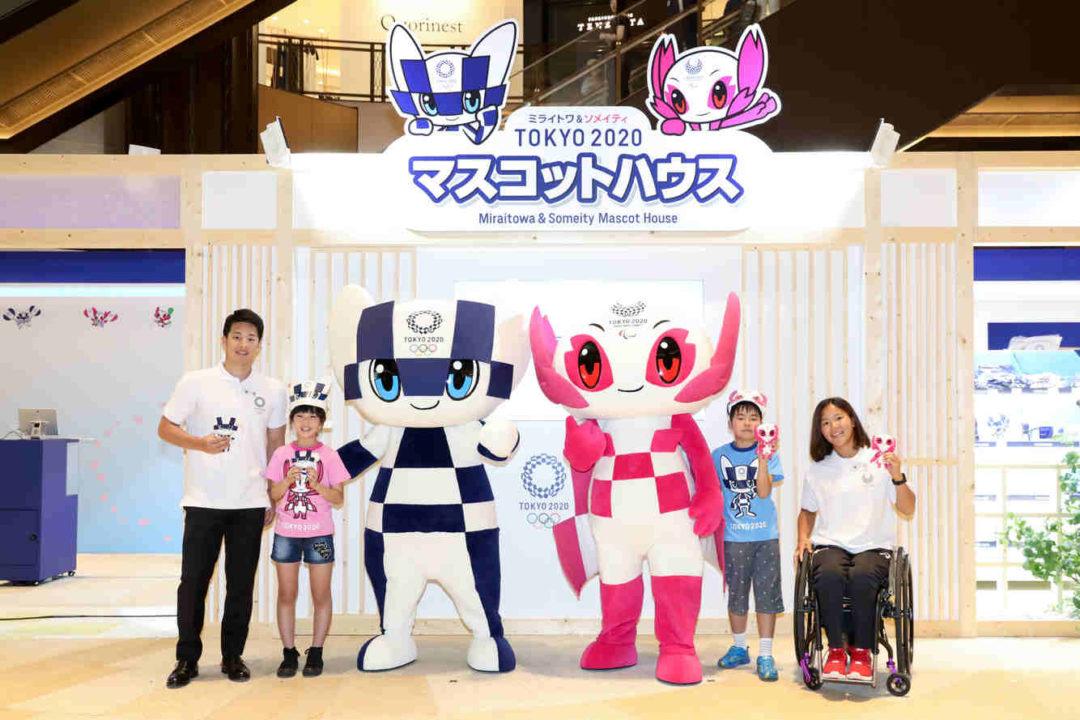 In this week's Beyond the Lane Lines, Corrie Scott & Ryan Cochrane receive Hall of Fame honors, while Tokyo 2020 has specific instructions pertaining to posting Olympic material on social media. Archive photo via tokyo2020.org/en

The best of the best in Irish Swimming will be honored at the Swim Ireland annual ceremony slated for September 28th. Hosted by Swim Ireland President Declan Harte at Carton House, Maynooth, Co. Kildare, the Awards night will celebrate and honour the fantastic work and the outstanding accomplishments of athletes, coaches and volunteers throughout the year. Nomination Forms will be available here on June 6th.

25-year-old Corrie Scott has been entered into the University of Edinburgh’s Hall of Fame. The 3-time Commonwealth Games swimmer is undertaking a Masters degree in chemistry, set to graduate this year. Scott holds Scottish National Records in the women’s 50m breast in LCM, as well as both the 50m and 100m breast in SCM. She took home bronze in the 50m breast at the 2014 Commonwealth Games in Glasgow.

In her carer, Scott was the recipient of the Eva Bailey Cup for Female Athlete of the Year in 2014 and also earned a University Blue in 2017.

Retired Canadian Olympian Ryan Cochrane has been named to the Victoria Sports Hall of Fame’s Class of 2019. The two-time Olympic medalist said he feels ‘extremely grateful’ to be honored by his hometown sports hall, saying ‘it’s a fantastic honor.”

“As a little kid, all you want to do is play sports for fun. I was able to take it further, and had so much support from the Island enabling me to do that. It was a great ride from start to finish. I am so thankful to have been an athlete for 20 years and to have been able to travel the world and represent Canada.” (Times Colonist)

30-year-old Cochrane, who is now a real estate agent in Victoria, still holds Canada’s national records across the men’s 400m/800m/1500m freestyle events for both LCM and SCM. He earned Olympic bronze in the men’s 1500m in Beijing and upgraded that result to silver in London at the 2012 Games.

Retired Paralympic Games champion Christopher Holmes, Baron Holmes of Richmond, is chairing a new expert group aimed at improving the use of technology in British schools. named EdTech Leadership Group, the committee consists of 27 members, including industry experts from companies such as Apple, Microsoft, Google and Amazon. The group aims to boost accessibility and inclusion of technology in the classroom. It follows education secretary Damian Hinds announcing the government would spend £10 million supporting the use of education technology in schools earlier this year. (SchoolsWeek.com)

Alongside the new panel, the Department for Education has also announced a £4.6 million EdTech Innovation Fund.

Holmes represented Great Britain at 4 Paralympic GAmes between 1988 and 2000 and  remains the only British Paralympic swimmer to have won 6 gold medals at a single Games.

Per the terms and conditions of tickets for next summer’s Olympic Games in Tokyo, “ticket holders can not record the videos and sounds taken or recorded at the venue without the IOC ‘s prior permission, such as television, radio, internet (including social media and live streaming etc.) and other electronic media.”

As such, fans are allowed to record videos from their experiences in Tokyo, they are just prohibited from sharing the videos on social media platforms such as Twitter, Facebook and Instagram without permission from the International Olympic Committee.

The IOC Social and Digital Media Guidelines from the 2018 Winter Olympic Games stated that, “The IOC encourages accredited persons at the XXIII Olympic Winter Games PyeongChang 2018 (the “Games”) to share their experiences with their friends, family and supporters via social and digital media. These guidelines (the “Guidelines”) are designed to ensure that these activities respect the Olympic values and the rights of others.”

The guidelines from 2018 also read, “In cases of infringement of these Guidelines, the IOC may require the concerned persons or organisations to remove any infringing content, or, depending on the circumstances, may take further measures such as withdrawing the accreditation of the relevant person or organisation, taking legal action or imposing other sanctions pursuant to the Olympic Charter.”