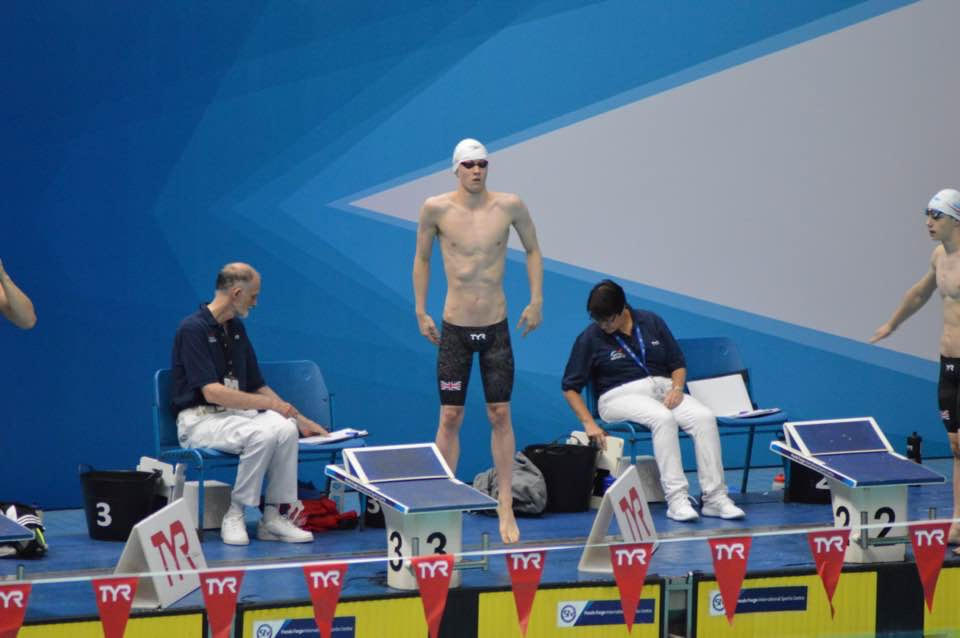 Catch up on the latest swimming news from around the web, with this edition of Beyond the Lane Lines featuring Tom Derbyshire, City of Derby and more. Archive photo via City of Derby SC

The Norwegian Swimming Federation has announced that Petter Løvberg will remain in the position of Head Coach until the 2024 Summer Olympic Games in Paris, France.  A coach for over 18 years, Løvberg has been steering the national team on the right path, says Norwegian Swimming President Cato Bratbakk.

Of note, in his new contract, Løvberg, wil serrve as Head Coach for both able-bodied and Para swimming, as swimming is one of the few Norwegian national sports that have a 100% integrated national team.

Says Løvberg of his continuation, “We have a young and exciting national team that is developing rapidly. I feel highly motivated to embark on four new years and contribute to developing Norwegian swimming ahead of the Olympics and Paralympics in Paris 2024.

“In addition to an amazing national team, I look forward to continuing to work with very talented colleagues.”

#2 – King of Butterfly Train in Moscow

Olympic champion and President of the All-Russian Swimming Federation, Vladimir Salnikov, was among the nation’s swimming community to welcome a new train onto the Moscow Metro Circle Line.

The design of the new thematic train is dedicated to swimming and the first Soviet world record holder in this butterfly-style sport, Semyon Petrovich Boychenko. The “Butterfly King” is a joint project of the National Swimming School, the State Sports Museum and the Moscow Metro.

Per the announcement, ‘the design of the Rossiya car is dedicated to the athletes of the late XX and early XXI centuries, who brought the greatest glory to the national school of sports swimming, the Russians – the champions of the world, Europe and the Olympic Games. Inside the car, metro passengers will see photos and read quotes from the leaders of Russian and international swimming Yuliya Efimova, Vladimir Morozov, Anton Chupkov, Evgeny Rylov, Kirill Prigoda, Kliment Kolesnikov and other modern athletes.’

Says lead project initiator and former swimmer Dmitry Volkov,  “Our train is a time and space machine in which passengers of the Moscow Metro will be able to plunge into a world where harmony and beauty rule, touch the history of the exploits of our famous swimmer ancestors, swim beyond the horizon of everyday life and visit different parts of the world.

“The King of Butterfly train is the first Moscow metro train dedicated to swimming. It will run on the Koltsevaya Line for six months and will transport about three million passengers who can learn more about the tradition of sports swimming in Russia and abroad,” said Julia Temnikova, deputy head of the Moscow Metro.

21-year-old Tom Derbyshire of Great Britain has announced his retirement from the sport of swimming.

“It has been the hardest decision of my life but I have decided to bring my swimming career to an end. After a difficult few months, I have decided to focus on myself and on improving my own mental health as I search for new challenges and move on in life,” read the Bath swimmer’s message tweeted on January 2nd.

Derbyshire became the European Junior Champion in the men’s 1500m freestyle in 2016, while also claiming 800m freestyle silver at the same competition.

Paralympics swimmer and wheelchair rugby player Cameron Leslie has been appointed as the new intern on the Sport New Zealand Board. The position, created by Sport NZ in 2017 as part of its Future Directors Program, is designed to develop young leaders with an interest in governance, as well as further strengthen the board by adding greater diversity.

Announcing the appointment, Sport NZ Chair, Bill Moran stated “Cameron is a talented and aspiring young leader, and the board is looking forward to working with him and contributing to his journey into governance.

“The Future Directors Programme has so far been a tremendous success, offering new perspectives and diversity of thought and discussion, and we look forward to continuing that through Cameron’s contribution.”

Leslie most recently was awarded the Māori Sportsperson with a Disability Award for 2019.

He says of his appointment, “I’ve been fortunate to be involved at all levels of sport, from grassroots to elite, and I’m looking forward to making the most of this experience in governance and contributing to the important work of Sport NZ.

“It’s an exciting time to be joining the board, with Sport NZ having recently launched a new 12-year strategic direction and its first disability plan. They have a wonderful new vision to get Every Body Active and I’m looking forward to contributing to that journey.”

Sport NZ’s board intern attends all board meetings and takes part in board discussions. However, they do not have voting rights. (Australian Leisure Management)

We revealed back in November how Mandy Bell was moving on from head coach of the City of Derby (UK) swim team to a new role as head coach of Stockport Metro after Richard Blackshaw’s departure to Swim England. Now, the new coaching staff at City of Derby have been announced, with Kyle Hudson taking over the helm.

Coaching since the age of 16, Hudson was most recently at Derventio Excel, helping develop their regional squad. Hudson states, “I am a process-driven coach with a growth mindset. My philosophy is built around an athlete-centered journey, developing the swimmer’s physical skill and mental ability.”

He says, “I look forward to developing our swimmers across all squads.”

Wayne Davies has also been moved from Lead Coach to the Regional squad to Assistant Coach alongside Hudson. Davies says, “I fully believe that every athlete should have the ability to develop at their own pace and shine with their various talents – a happy athlete is a successful athlete.”