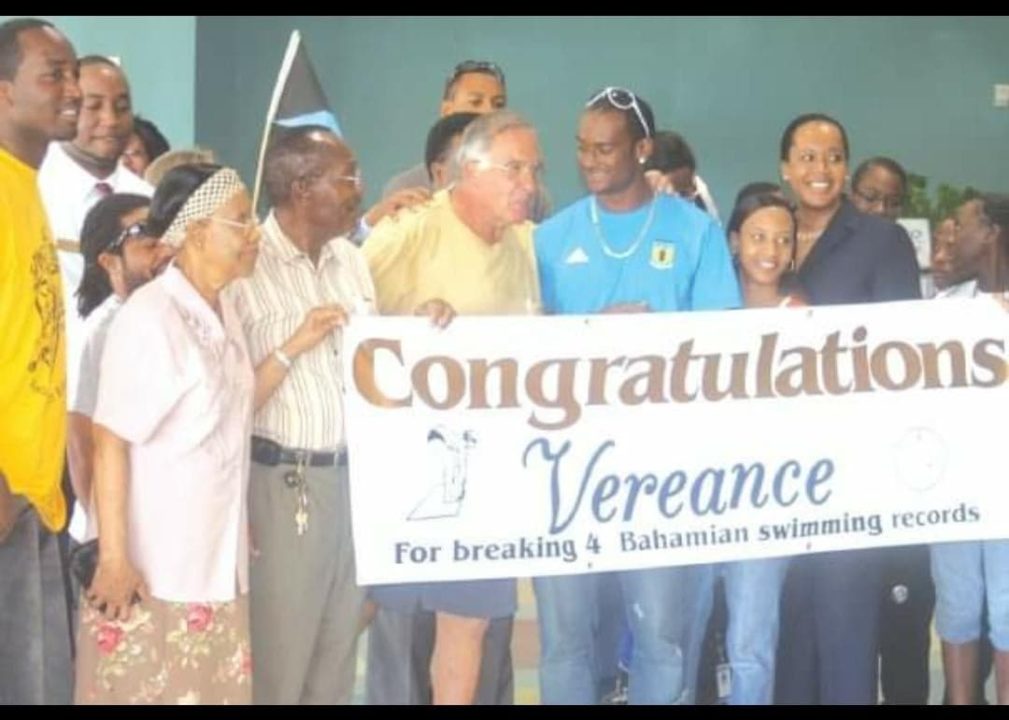 2016 Olympian Larissa Oliveira had a trio of solid swims in the women’s freestyle events, posting the top time in the 50, 100 and 200 free.

Cielo also dives deep into his experience at the 2008 Olympics, admitting that mentally he was in quite a bad place heading into the 100 free

Bell, the head coach of the Freeport Aquatics Club Sharks, was a central figure in swimming in the Bahamas. Among the Olympians that he coached include Allan Murray, Alana Dillette, Joanna Evans, Elvis Burrows, and Garvin Ferguson.

Ferguson briefly held the Olympic Record in the men’s 50 meter freestyle. His 24.25 from heat 1, lane 1 at the 1988 Olympic Games, which was the first Olympics where the 50 was held, stood for 3 heats, when Canada’s Mark Andrews broke it with a 23.64.

Bell represented the country at the 1992, 1996, and 2000 Olympic Games. In 1996, he became the first-ever Bahamian swimmer to reach an Olympic final. He placed 12th overall, tied with Gustavo Borges, in teh B final at that meet.

Evans was the highest finisher among that group, placing 13th in the women’s 400 free at the 2016 Summer Olympics.

Burrows, who swam collegiate at the University of Kentucky, trained under Bell from the age of 5 through high school, and when he was home during the summer thereafter.

“Pretty much 100% of Grand Bahamas Olympians all swam for Mr. Bell at one point,” Burrows said of Bell’s impact. He has a very high percentage of world-class swimmers that have come through the program, and that kind of discipline he instilled in us allowed us to reach these heights.

Shortly before his death, Bell announced his retirement from swimming coaching, and the local swimming community began a campaign to start a fund for Bell into his retirement and to name something bigger than sports after him. The director of the YMCA where Bell coached proposed naming a highway after him.

Dillette, as part of that presentation, talked about what Bell did for her not just as an athlete, but as a person.

“I know that Mr. Bell had that impact on so many people, beyond me. It’s not just about me or the other Olympians or other swimmers that he coached. He was an educator, he was a leader, he was a friend, a coach within our community.”

Bell is a member of the Grand Bahama Sports Hall of Fame, recognized not just for his work in swimming, but also as a coach and administrator in cycling, triathlon, rugby, and even rugby. Besides the FAC, he worked as a teacher and coach at Eight Mile Rock High School for over 25 years, beginning in the 1970s when he relocated there from London.

Bell died in his home on January 16 after complications with his prostate and kidney caused by an illness. A motorcade and homegoing service will be held next weekend in Grand Bahama in celebration of the life and legacy of Bell. Local businesses have been asked to put royal blue or aqua colored ribbons on their doors to pay tribute to Bell.