Bahamas Announces Five-Member Roster for the 2015 Pan Am Games 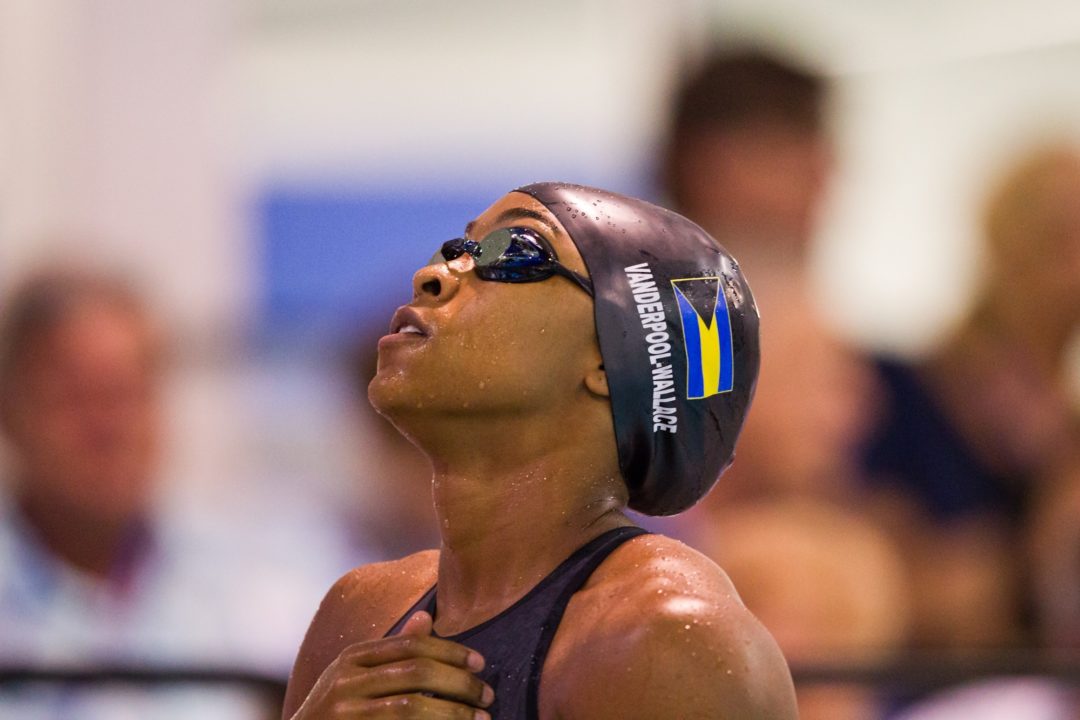 Arianna Vanderpool-Wallace, the Bahamas sprint sensation, will lead a five-member team to the 2015 Pan Am Games. Archive photo via Tim Binning/TheSwimPictures.com

As the World University Games have kicked off and international swimming competition has picked up as we get deeper in the summer of 2015, the Bahamas Olympic Committee has announced the nation’s team for the 2015 Pan American Games.

You can find all of these swimmers in the Bahamian national record book, with Vanderpool-Wallace being the most well-known of the bunch. She holds national records in the 50 and 100 meter freestyle as well as the 50, 100, and 200 meter butterfly races.

At the 2011 Pan Am Games, the Bahamas were unable to send an individual swimmer to a single A final. Their highest individual finishes came from McKayla Lightbourne (9th 200m back, 9th 200m IM) and Ariel Weech (9th 100m free). They did, however, place 6th in the women’s 400 medley relay.

This year should be different, however, as the Pan Ams squad is small but mighty. Vanderpool-Wallace is looking like a gold medal contender in (at least) the 50m free as she is seeded 4th in the world in that event.

Evans, who holds Bahamian records in the 200, 400, and 800 meter freestyles, is a distance threat who could find herself near the podium as well. She’s headed to swim for the University of Texas in the fall. 2015 looks to be a big year for the Bahamas, who will be looking to take home some hardware after missing out on it altogether in 2011.

Arianna is such a great leader and role model for her home country. I’ve never met someone so down to earth and sweet as her. She is such an inspiration and genuinely great person. Wish her the best of luck with everything and I know she will do well in Rio.