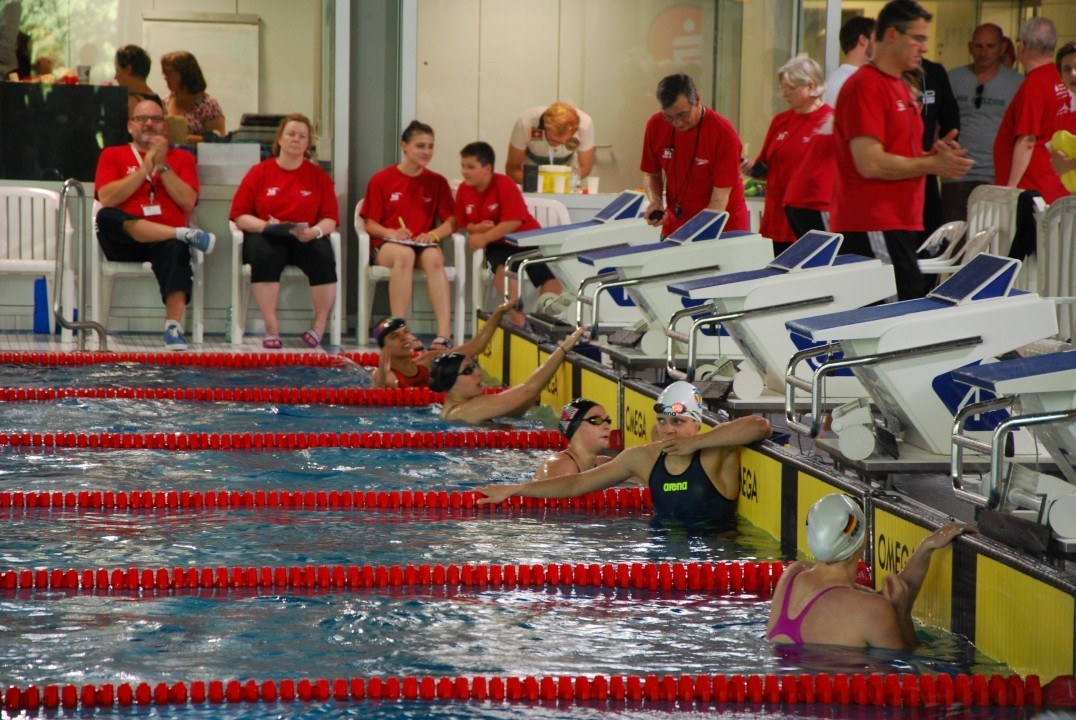 Germany’s top swimmers have their last chance to qualify for the Kazan roster in Essen, Germany at the German Open – today was the 3rd day of competition, Saturday is the last day and then the official team will be announced by German Head Coach Henning Lambertz.

Standing ovations from Lambertz and the audience came for a new German National Record in 2:05.26 in the 200m butterfly set by Franziska Hentke. She now ranks 1st in the 2015 World Ranking.

“I’m speechless. I felt so good but this time is incredible,“ said the 26 year old after the race. “My goal is to swim in the World Championships final in Kazan, I have never managed this at an important long course meet. I don’t want to put myself under pressure with medal expectation.“ stated the 2014 bronze medalist at the Short Course World Championships in Doha. Hentke improved  he old German record of Annika Mehlhorn by 1,2 seconds.

Tomorrow is the last day of the German Open. Almost the entire German national team is racing in Essen, some to reach the final qualification for Kazan, some as a last form test.

Read a full recap here tomorrow and don’t miss to follow our live reports on swimswamlive.

I want to become a better swimmer

I’ve always wondered how team USA swimmers qualify for a major meet, and then 6 weeks later, swim slightly faster to take gold.
If the double taper within 6 weeks is a handicap, then this is the year where we will see a huge outperformance as they are on a single taper strategy.

I’ve always wondered too.
But it looks like American coaches are very used to that since a very long time.
However it doesn’t work for all American swimmers.
In 2012 it worked perfectly for swimmers like Nathan Adrian, MP, Ryan Lochte, Missy Franklin or Rebecca Soni who had such a big margin that they could qualify at olympic trials at only 80%. The full taper came then for London and all improved their times.
It’s only the luxury of the US biggest stars.
The others have to be at 100% at olympic trials and not all of them can replicate their performances or swim faster then.

That’s a great performance.
But….
But it’s one month too early.
It wouldn’t be surprising to see her 2 seconds slower at worlds.

Now that is moving!

Did you see that coming? I didn’t! Being ranked #1 now, she’s on course to reach her goal of finaling, at the very least.

This came out of left field! Good for her!