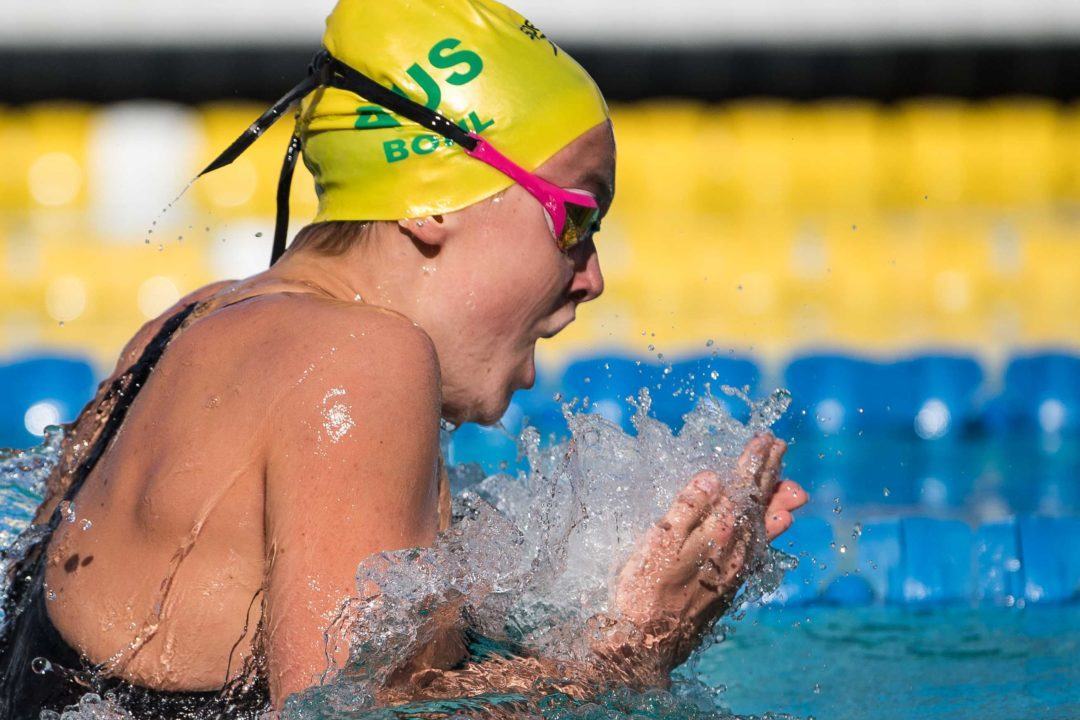 24-year old Australian Olympian Georgia Bohl has announced her retirement from the sport of swimming.

“After much deliberation & heartache I have decided to formally retire from my swimming endeavours. Although my career has been rife with injury I have learnt so much about myself. It is extremely hard to put into words how much I love swimming. I have had a huge external influence (being my father) & I am so grateful to have shared such a unique journey with him by my side,” Bohl wrote on her Instagram page.

She concluded her retirement announcement by stating, “Thank you to every single person who has stood by me and supported me through the tricky times & through the elating times. I am content in my life and feel like I have found my new purpose, where I can utilise the wonderful skillset sport has given me.”

Bohl represented Australia at the 2016 Rio Olympics Games, competing in both the 100 and 200 breaststroke. In Rio, Bohl’s highest finish came via a 22nd place finish in the 200  breast, while she finished 24th in the 100 breast. After Rio, Bohl did not represent Australia internationally again until the 2018 Commonwealth Games, where she placed 3rd in the 100 breaststroke, earning a bronze medal in the process. She earned a gold medal at that same competition as a member of the Australian 4×100 medley relay contingent.

Since Rio, Bohl has dealt with several injuries that have kept her sidelined from competition. Most recently, Bohl suffered a knee injury that caused her to miss the 2021 Australian Swimming Championships back in April. She later competed at the Australian Olympic Trials meet, but missed qualifying for her second Olympic Team.

Pretty sure she trained at Griffith University for the last couple of years, which is where her Dad moved to.