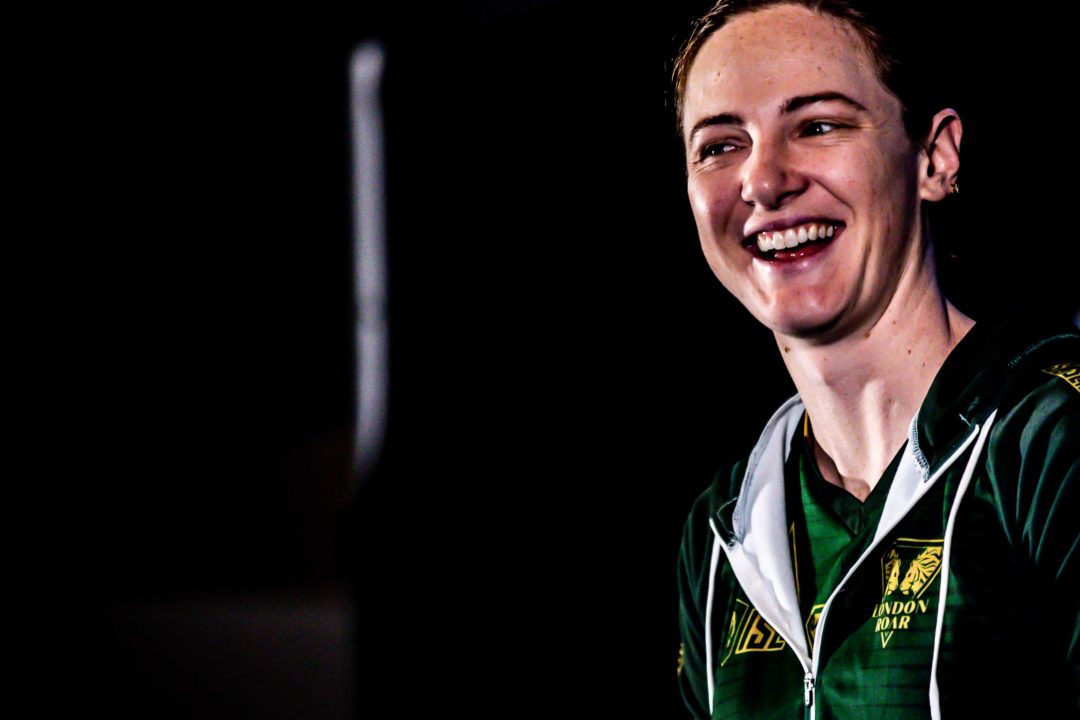 Key Aussie swimmers out of Griffith, MSAC, USC Spartans and more are set to compete this week at a virtual competition, with unique pool distances. Archive photo via Jack Spitser/Spitser Photography

A virtual racing competition is scheduled for Australia’s best this Thursday, July 23rd, as the nation’s Olympic hopefuls mark one-year-to-go until the postponed Olympic Games in Tokyo, Japan.

Elite swimmers around Australia will compete at the centralized hubs of Southport, USC Spartans, and Melbourne Sports Centers (MSAC) across 4 distances, in any stroke, in short course format.

The distances are 25m, 75m, 150m, and 300m. Bond, TSS Aquatic, Chandler, and Griffith will be assembling at the former, with USC Spartans staying put at home, while Victorian athletes from MSAC and Nunaading will compete at MSAC.

Even with the times being logged virtually, incoming Aussie National Head Coach Rohan Taylor says, “It’s important to be together on that day, acknowledging all the emotions surrounding it and just getting back to our community.

“We want the event to be a celebration of the high-performance community – athletes, coaches and sports scientists alike,” he said.

“It’s a kick-off point allowing everyone to reconnect, put some times up on the board, and challenge each other. We aren’t concerned about times or speed, its more about bringing people back together.

“Whilst not all times lodged will be official – with hand timing in place at Southport – the opportunity of short course racing provides the added benefit of being more skills focussed than just endurance and speed, taking it back-to-basics”, he added.

The next major Australian meet is represented by the Short Couse Swimming Championships set for late November.

Why not let junior team members swim It too if it’s in their own pools ?
And I’m not sure if the November short course Meet will happen with the current cases of covid in Victoria. Hoping numbers decrease very soon and borders open up.

Maybe ask old mate Jacco ?
Laurie Lawerence is on the money
On his opinion….

What did Laurie say?

Basically he said he’s a twat…
Responsible for the men’s relay drama
In Kazan.

It was always going be difficult job to emerge from isolation e.g. 20 passengers on a flight from London Dubai Perth were found to be Cv19 + . Lucky for us WA is efficient & picked it up I n supervised hotel quarantine . In Melbourne they would have been getting it off with random security studs recruited on WhatsApp. They were offered 800 military who are drug tested , trained & perfectly capable of 12 hour sentry .but no , Melbournians are too sensitive for a military presence.

Kids in Melbourne cannot even get in a pool at the moment. Some kids haven’t trained with their clubs since March

Not some kids, most kids including National and Olympic trials qualifiers.