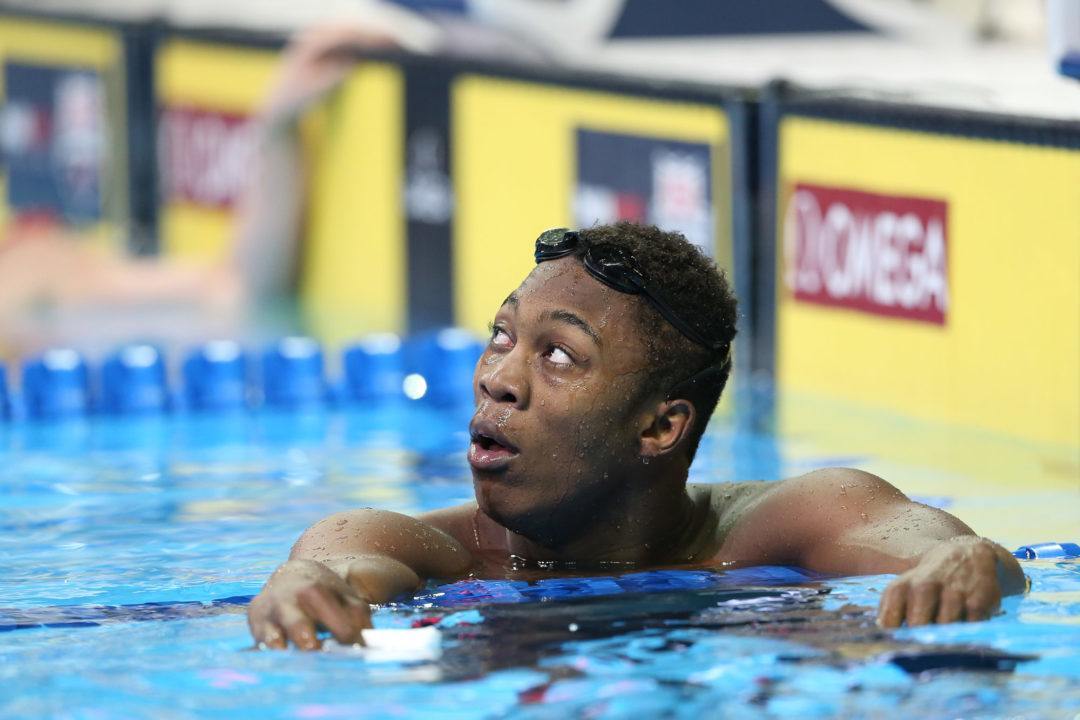 Reece Whitley continues a strong performance at 2017 NCSA Juniors heading into finals as top seed in the 200 IM on final day in Orlando, Florida. Archive photo via Tim Binning

On the last day of NCSA Junior prelims, Reece Whitley continues to find his way to the top spot while the women’s 200 IM could come down to hundredths of a second between first and third place tonight at finals.

After 35 heats for the men’s 200 IM, Penn Charter’s Whitley heads into finals tonight with a 1:48.71 barely edging out Dayton Raiders‘ Eric Knowles who enters finals with a 1:48.86. The 17-year-old did just enough to earn a top seed. Whitley’s entry time of 1:43.93 would set him a part from the field. Similar to Whitley’s other swims at NCSA Juniors, he seems to cruise during prelims and his times come back down at finals. From his best time, Whitley is about 2.5 seconds off of the National Age Group record set by David Nolan back in 2011 with a 1:41.39.

The women’s 200 IM is shaping up to be a fast race. It took swimming under the 2:00.00 mark to make it into finals as a top three seed. Long Island Aquatic Club‘s Margaret Aroesty leads the field with a 1:59.37 followed by Genevieve Pfeifer at 1:59.50 and Julia Poole finished just two hundredths of a second behind her with a time of 1:59.52.

Other top seeds heading into finals: