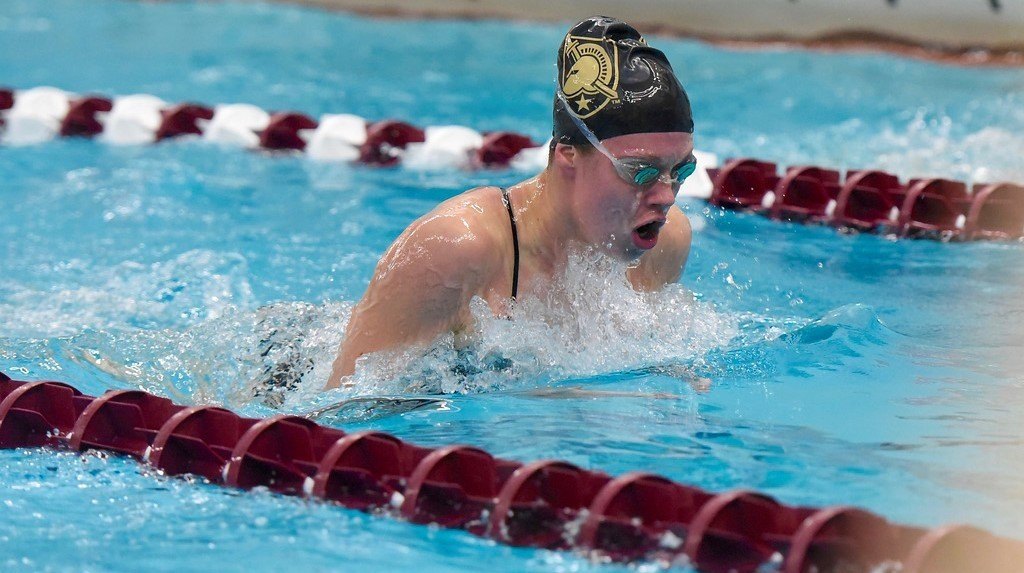 The Black Knights finished the three-day event with a 1,000.5 points, besting their total of 852 points at the event from a year ago.

COACHES CORNER
“I’m very pleased with our performance this weekend,” said head coach Mickey Wender. “We had a tremendous team effort. Our goal was to win the meet and we were able to do that.”

“I think it sets us up in a good position to battle Navy in 13 days, and for the rest of the season. We had a lot of people step up today and it was a great win from top to bottom.”

MEET HIGHLIGHTS
Josephine Marsh topped the podium in the 200 backstroke with a mark of 1:59.78, nearly four seconds faster than the next finisher.

Additionally, Monica Sowinski finished second in the 100 freestyle with a time of 51.07.

In the three-meter diving portion of the event, Serica Hallstead claimed the top spot with a final score of 252.80. Hallstead also finished second in the one-meter diving event with a mark of 246.05.

UP NEXT
Army will be back in action on Dec. 3, when Navy comes to Crandall Pool for the annual star match in the Army-Navy Star Series presented by USAA.

BU collected 920.5 points over the weekend to finish second to Army West Point (1000.5). The Terriers were well clear of third-place Vermont, which only totaled 500 points.

Two of those six victories came on Sunday, with Sarah Hargrave claiming her second individual win of the weekend in the 1650 freestyle. She finished first with a time of 16:33.41, over 12 seconds faster than the second-place competitor. Hargrave also won the 500 freestyle finals on on Friday and was part of the 800 freestyle relay team with Grace Anderson, Lauren Dixon and Erin Nabney that won on Saturday with a time of 7:28.24.

The other first-place performance on Sunday came from Carly Soares, who picked up her second victory of the weekend in the finals of the 200 breaststroke. She won that event in 2:18.21.