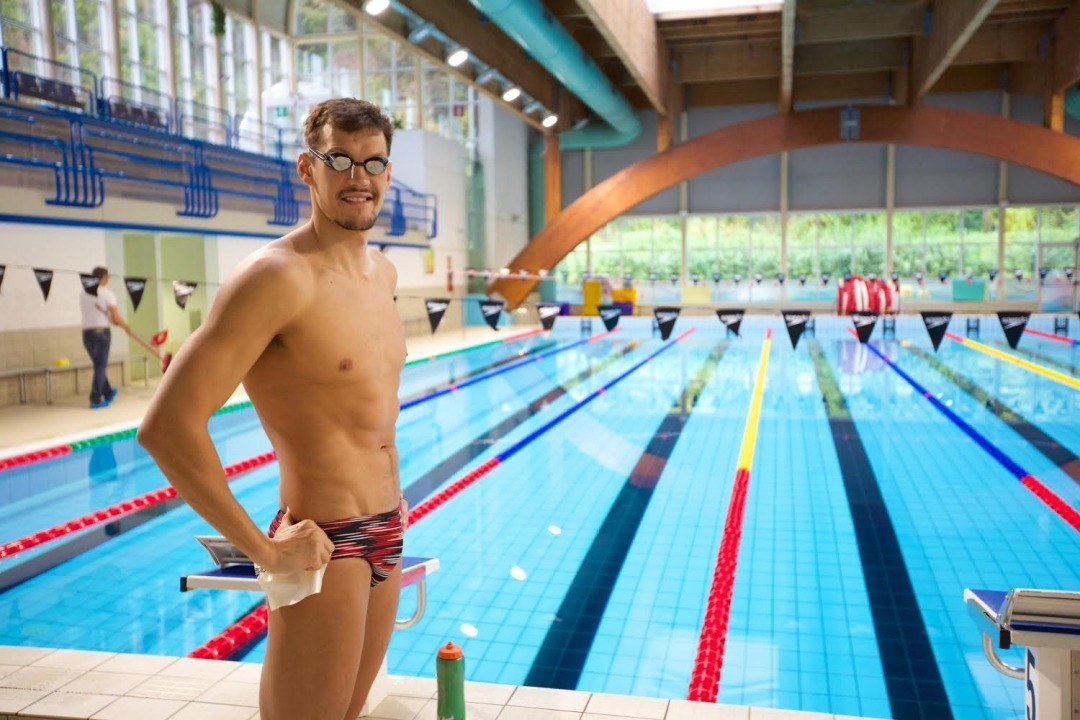 Arkady Vyatchanin has hinted that a sporting citizenship to the United States is next for him. Archive photo via Rafael Domeyko/Domeyko Photography

After going through the arduous process of trying to get FINA to reverse their decision on his eligibility to compete for Serbia internationally, Arkady Vyatchanin was officially blocked from representing Serbia at the Olympics due to residency issues.

Vyatchanin had to show he had lived in Serbia for the 6 of the last 12 months, among other certain criteria of who he could swim for and where he could compete. He wasn’t able to meet the criteria due to funding issues in Serbia that forced him to compete overseas to provide for himself and his family. He spoke out about it on his Facebook page after being left off the list of eligible Serbian swimmers to compete at the European Championships.

Now that Vyatchanin has been officially ruled out of competing at the Olympics this summer, he has spoken out on his Facebook page again with his reaction to the decision and his plans moving forward:

A lot of people have been asking me about this, so I’d like to give an update.

I won’t be able to represent Serbia at the Olympics in Rio. As a matter of fact I won’t be able to represent Serbia internationally at all. Since FINA has denied an approval of my case even after a thorough explanation has been given to them, I don’t see a way how they would reverse their decision. I totally admit that I’ve broken clearly written rules. Yes, I have an honest explanation for doing so. I did not know a better way how to provide for myself and my family in given circumstances. So I did what I think is right and do not feel guilty about it. That is why I believe that asking FINA again for an exception in my case would mean that I am asking for an indulgence just like people who cheated. I don’t want that.

The Olympic motto is “Citius, Altuis, Fortius”, so I truly believe that this competition shouldn’t be about countries, it should be about athletes and a celebration of their personal achievements in sports.

The bottom line is that nothing terrible happened. I will continue swimming because I am a very stubborn man.

I have a feeling that my next case of changing the sport nationality will be approved.

Vyatchanin expresses his disappointment in not being approved to compete at the Olympics, but understands the decision because he did break specific written rules. Vyatchanin also notes asking FINA again for an exception in his case would be asking for an indulgence like dopers, and he didn’t want that.

Vyatchanin goes on to say that it is unfortunate that he won’t be competing in the Olympics, and that the Olympics shouldn’t be about countries but more about athletes and celebrating their achievements, but at the end of the day nothing terrible has happened and he’ll continue swimming.

In an interview posted yesterday by the Daily Journal, Vyatchanin reportedly states that he will in fact go for a citizenship change to the United States. He doesn’t rule out a run at the 2020 Tokyo Olympics either, acknowledging the fact he would be 36 years old by then.

“I’m not that young anymore,” he said. “But you know, the bottom line is, it’s all in your hands. My mind is kind of preoccupied right now. But I know for a fact that when this drama is over, I will be much more focused on what I have to do in the water at each practice.”

At the end of the Daily Journal interview Vyatchanin mentions he still loves his native country of Russia, but doesn’t regret leaving due to issues with the government.

“I love my country, my native country. That will stay in my heart forever,” Vyatchanin said. “I would like to visit sometime. But the government is the reason why Russia looks bad right now. Unfortunately, that’s the way it is.”

Best wishes to Arkady Vyatchanin finding a place to settle down for his swimming. This whole thing just highlight his character and personality. Respect.

“Nothing terrible happened.” He shows lots of character in that one line. Best of luck, Arkady. Come swim Masters

I am really not in favor of athletes switching countries but he is handling the matter very professionally so I support him. He can compete under the FINA flag as an athlete without a nation…that would feed FINA ego and maybe it would work Its good PR I hope they at least consider it..

Go Arkady, Go! The US will be lucky to have you.

Very respectful. Although it is sad he cannot compete, he embodies what swimmer should be. He is not a cheat.