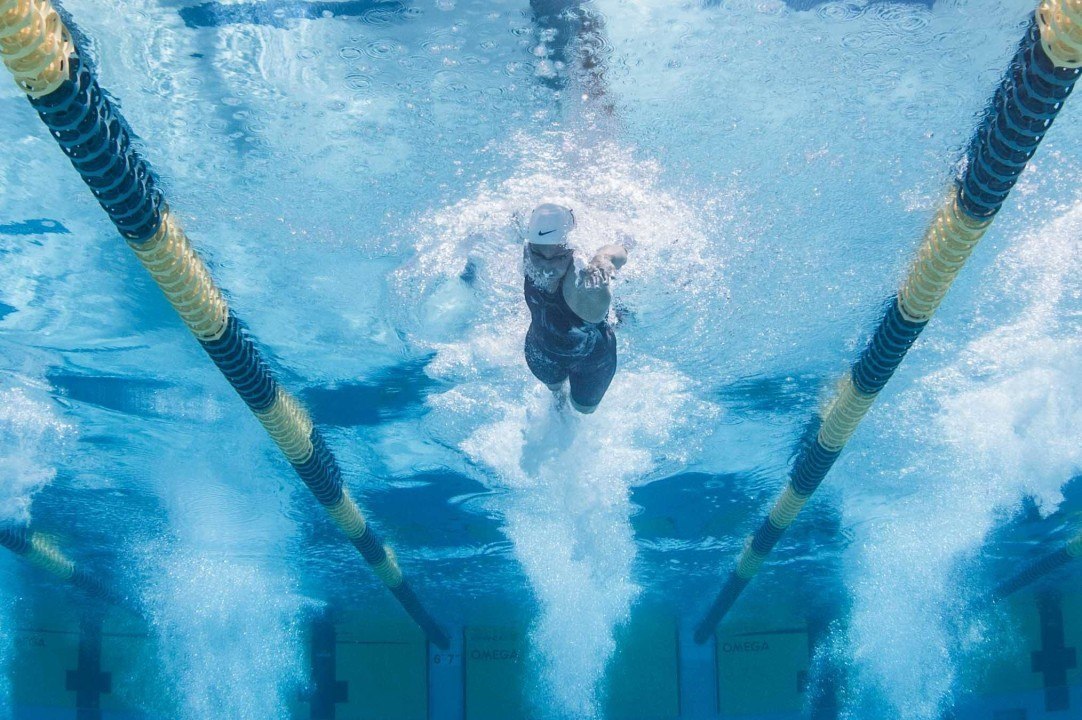 The University of Arizona’s Margo Geer has been selected the Pac-12 Conference Woman of the Year for the 2014-15 academic year, Pac-12 Commissioner Larry Scott announced. Current photo via Mike Lewis/Ola Vista Photography

The University of Arizona’s Margo Geer has been selected the Pac-12 Conference Woman of the Year for the 2014-15 academic year, Pac-12 Commissioner Larry Scott announced. Geer becomes the Conference’s candidate for the NCAA Woman of the Year, presented annually to graduating student-athletes who have distinguished themselves throughout their collegiate careers in the areas of academic achievement, athletics excellence, community service and leadership.

Margo Geer (Milford Center, Ohio) is an accomplished student-athlete in the pool and in the classroom, also volunteering in the community. A 27-time All-American, she was a member of the U.S. National Team from 2012-2015, Geer will be traveling to compete at the World Championships in Kazan, Russia, in 2015. At the 2012 Olympic Trials, she placed 12th in the semifinals of 100-meter freestyle and advanced to the finals of the 50-meter freestyle where she placed seventh.

Geer served on the Student-Athlete Advisory Committee (SAAC) and attended the Pac-12 Leadership Conference which collaborated with all 12 institutions discussing issues associated with student-athletes. She has spent countless hours in the community, spending time at the Boys and Girls Club, YMCA, Casa Maria Soup Kitchen, Lend a Hand for Senior Citizens, The Havens Women’s Shelter, Special Olympics and local youth groups in a variety of sessions including organizing meets, speaking events and outreach.

The Pac-12 is allowed to submit a candidate who is a minority or international student-athlete for NCAA Woman of the Year and has selected Zoë Scandalis (San Diego, Calif.) of USC. Scandalis is a four-year letterwinner in tennis and has a 3.86 GPA in political economy.  She is an ITA All-American and helped the Trojans win three Pac-12 titles.

Eligible female student-athletes are nominated by their member school. Each conference office then reviews the nominations from its member schools and submits its conference nominee to the NCAA. The NCAA Woman of the Year selection committee selects the Top 30 – 10 from each division and then three finalists from each division. The Committee on Women’s Athletics selects the winner from the Top 9.

Margo is a great representative for the sport, but I’m wondering how someone can receive this award more than a year after they have exhausted their eligibility. Anyone know?

Question- If I had to guess, I’d say its based on graduation year not eligibility, but I don’t know that for sure.