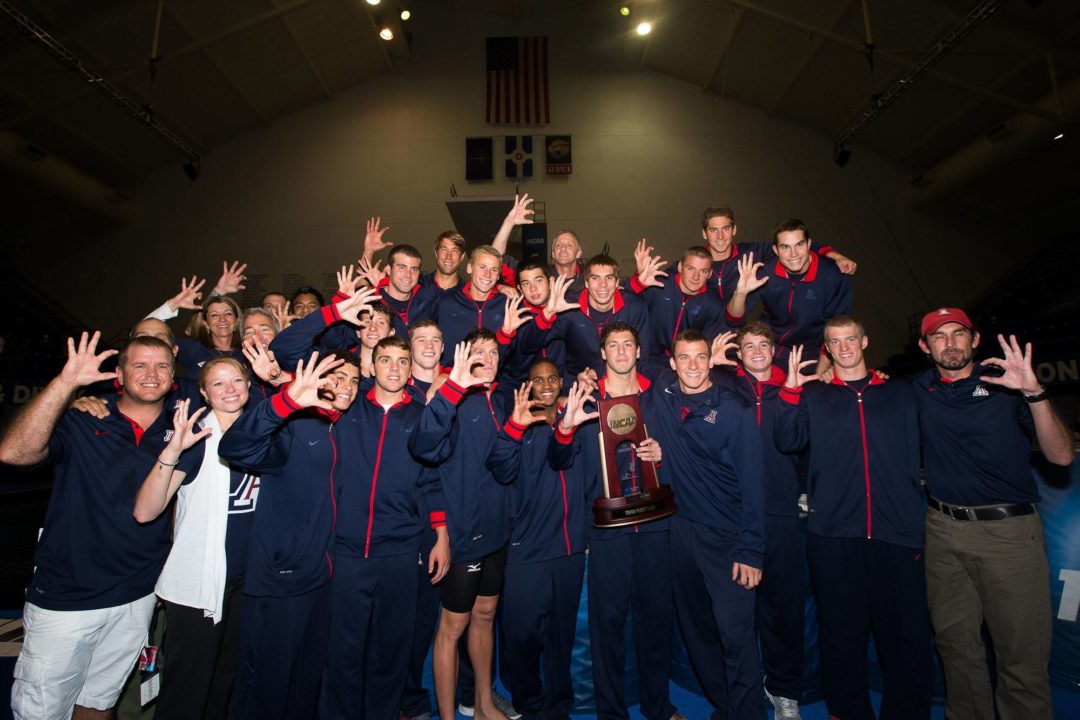 The Arizona men have grabbed another tall breaststroker in their class of 2014. Current photo via Tim Binning/TheSwimPictures.com

Update: Lorenz decommitted from Arizona to go to Arizona State instead.

Avon, IN is a hop, skip, and jump from Bloomington and just a little bit farther to West Lafayette. Too bad IU or Purdue couldn’t get this guy…

Ok so I’m just gonna throw this out there. His times are not impressive. A four second drop from freshman to junior year is hardly atypical, especially of a breaststroker. Not to mention 2:06 is pedestrian. I’m not saying he won’t the good, but the jump from 56 to 53 is HUGE. 56 breaststrokers in high school are a dime a dozen, and it won’t get you to a top 8 finish in almost any D1 conference. Again, not saying he won’t do it, but let’s be easy on him

Agree….just because he is tall doesn’t mean he is going to be the next Kevin Cordes. Kevin was a lot faster out of high school. Probably being tall might hurt him.

Hopefully this tall breaststroker won’t take long smooth strokes and effectively not even pull but rather bob his head up and down:)