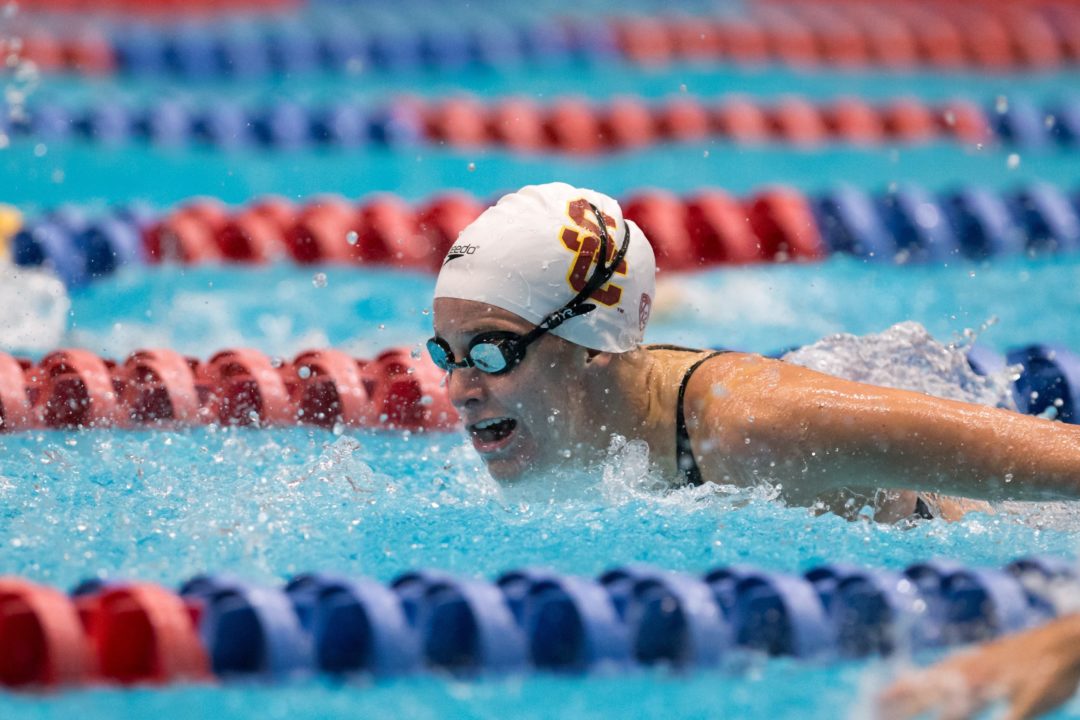 Kendyl Stewart will bring some versatility to the Team USA roster for the 2013 Duel in the Pool. photo via Tim Binning/TheSwimPictures.com

USC sophomore Kendyl Stewart has been invited to join the American team for the 2013 Duel in the Pool that will be held at the Commonwealth Pool in Glasgow, Scotland on December 20th and 21st.

Stewart’s lone swim at the relevant qualifying meets was her 200 back at the World University Games, where she finished 7th, though remember coaches have some amount of freedom to fill out the roster however they like.

With strong indications that America’s top three women’s backstrokers, Rachel Bootsma, Missy Franklin, and Liz Pelton, will all be unavailable because of finals conflicts, and with Elizabeth Beisel as of yet without statement one way or the other, Stewart could become one of the Americans’ primary backstroker at the meet.

Though this summer was filled with backstroke races for her, Stewart is also a very good butterflier. In yards, she was 7th at the 2013 NCAA Championships (remember that this meet is done in short course meters, rather than the Olympic long course meters) and is also a very good 200 butterflier, where the Americans are fairly weak. Stewart’s versatility could make her quite valuable to the American team where four swimmers are needed to fill up lanes in each event.

Kendyl Stewart on backstroke for USA? 🙁
She’s a big raising talent but in my opinion, her future is on butterfly.
Missy, Rachel, Olivia, Liz?
Too bad for the competition.
I start to believe USA doesn’t take very seriously this meet.

Sorry again! She’s a big rising talent. Still much to learn in English! 🙂

I agree, She is a BIG rising talent for sure!