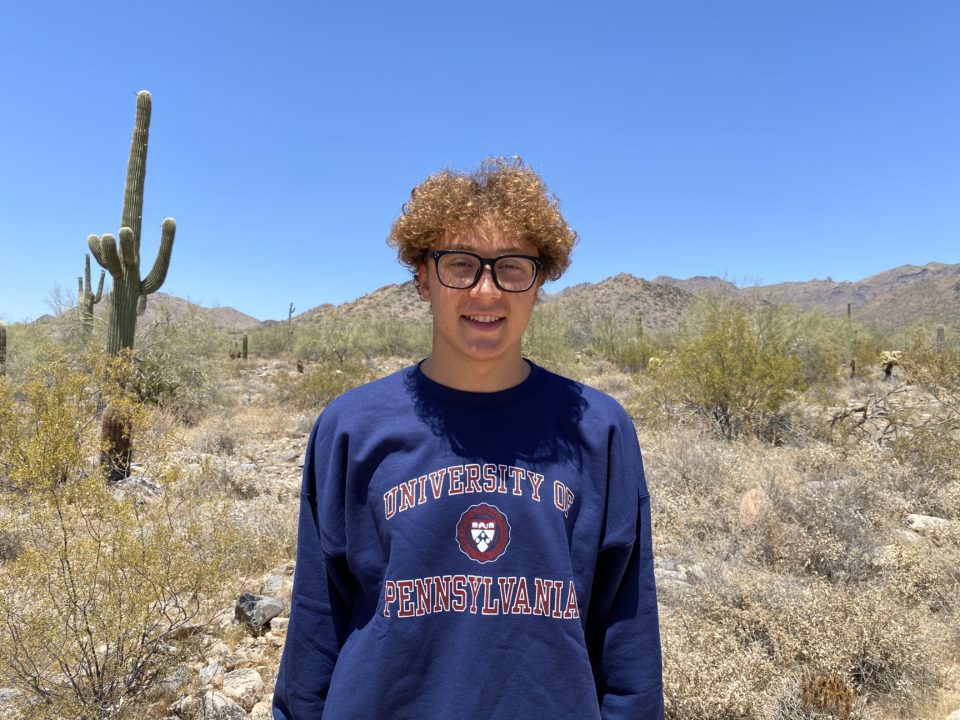 Aaron Rosen, who committed to Penn over the summer, finished 2nd in the 200 free at the Arizona High School Swimming & Diving Championship 2 weeks ago.

High school senior Aaron Rosen has committed to join the Penn Quakers in the fall of 2021. A senior at Pinnacle High School in Phoenix, Rosen trains year-round with the Scottsdale Aquatic Club.

Rosen, who announced his commitment in July, was the runner-up in the 200 free and 4th in the 100 breaststroke at the Arizona High School State Championship meet earlier this month, showing off a unique skillset that will help contribute to Penn’s attempt to climb the ladder in the Ivy League.

Penn finished 7th out of 8 teams at last year’s Ivy League men’s championship, with the 8th-place school, Dartmouth, cutting their program over the summer. With no Ivy League Championship met (or Ivy League swimming at all) being held this season, Penn will be able to rely on an impressive recruiting class of 2021 to try and catch the likes of Cornell, Columbia, and Brown next season and avoid the conference cellar.

Penn has one of its best classes in recent memory coming in next fall, headlined by Matthew Fallon, the #8 recruit nationally in the class of 2021. He has bests of 3:44.08 in the 400 IM and 1:54.18 in the 200 breast that will make him an immediate title contender upon arrival at Penn.

With the addition of Rosen, they get not only a versatile swimmer who long-term projects as an IM A-finalist-caliber talent, but one who can likely contribute to multiple relays as a freshman as well.

In addition to his high school and national qualifications, Rosen has some international experience as well: he represented the USA at the 15th European Maccabi Games in Budapest in 2019, a multi-sport event for Jewish athletes around the world. There he won gold medals in the 50 free, 200 free, 400 free, 100 breast, 200 breast, 100 fly, 200 fly, and 200 IM. Those golds were won in the Under 18 category, though in several races he was faster than the Open winner as well.