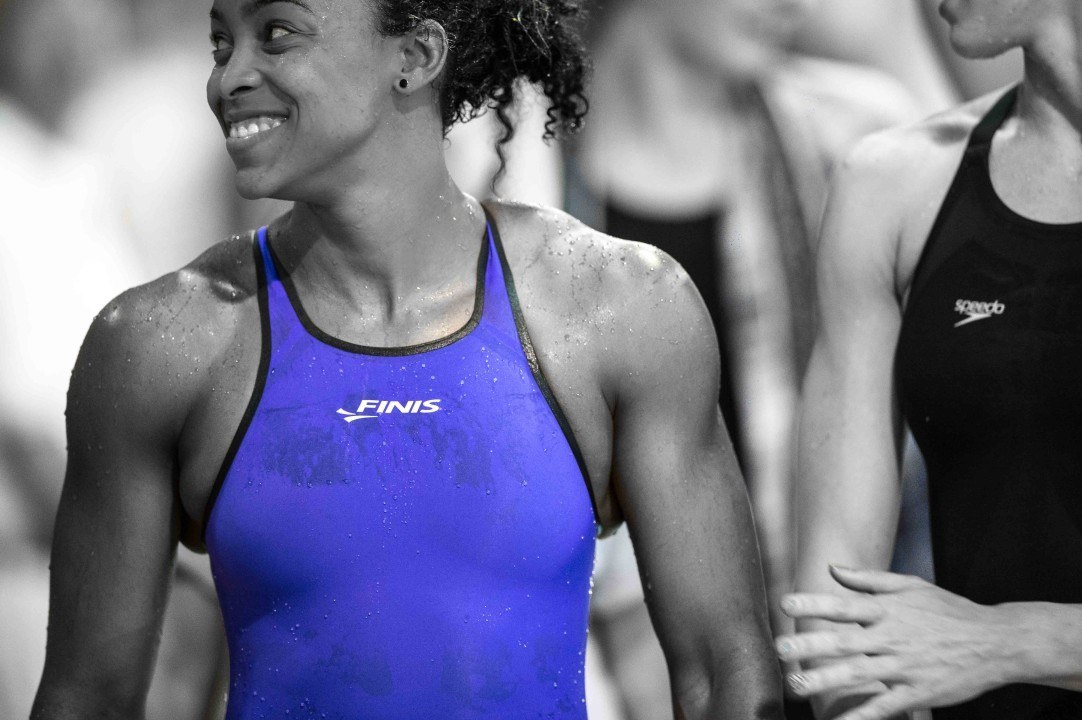 Yesterday at the Caribbean Islands Swimming Championships, the Bahamas' Arianna Vanderpool-Wallace swam a FINA 'B' standard in the 100 fly. Her signature 50 free will be Sunday. Current photo via Mike Lewis/Ola Vista Photography

Roy-Allan Burch ﻿continued his career comeback, bettering the FINA “B” cut he hit a few days ago. Burch was one of 9 to hit B cuts on the final day of the Caribbean Island Swimming Championships.

The Caribbean Islands Swimming Championships (CISC) started up yesterday in the Bahamas and will run through July 2nd, with the meet representing the final opportunity for Olympic qualification for some nations.

She swam for Auburn University and was the 2011 NCAA champion in the 50 and 100 freestyle.

At last year’s FINA World Championships in Kazan, Russia, she finished fourth in the women’s 50 free (24.44).

Vanderpool-Wallace currently sits fourth in the world in the 50 free, behind only Farida Osman, Olivia Smoliga, and Abbey Weitzeil. The 50 free will take place on Sunday.