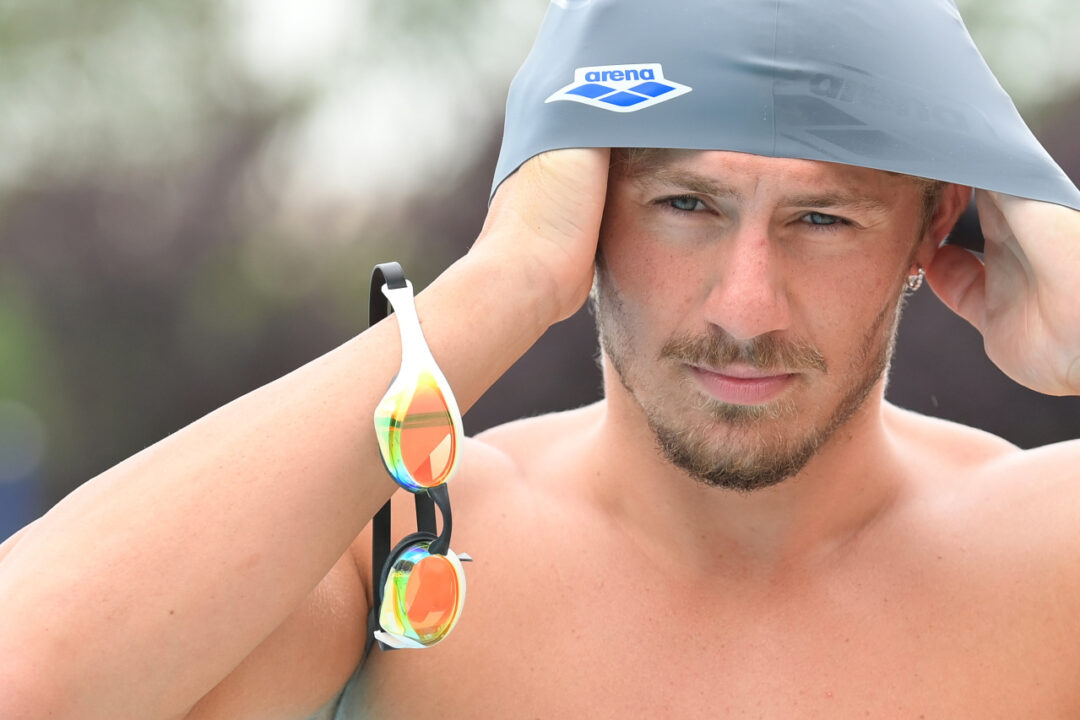 The 22-year-old, who is now contracted through the 2024 Olympics in Paris, is the first Italian to swim a sub-27s 50m breaststroke and sub-59s at 100m. Current photo via LaPresse_Alfredo Falcone

arena is pleased to announce the renewal of its collaboration with stellar Italian breaststroke sprinter, Nicolò Martinenghi. The 22-year-old, who is now contracted through the 2024 Olympics in Paris, is the first Italian to swim a sub-27s 50m breaststroke and sub-59s at 100m.

“I’m very excited about this renewal,” said Nicolò. “I’ve always relied on arena over the years, and it’s a brand that has contributed to my growth. I’m very happy to be able to continue to grow with arena on a path whose next main objective is the Paris 2024 Olympics.”

As a child Nicolò hated water, and only started swimming at the age of six to imitate his older brother. However, he soon became fond of the sport, in particular breaststroke, even though he claims “you need to be a bit mad” to do it. He enjoyed it enough to start competing, and became committed to swimming in 2015 when his international career took off, sweeping the breaststroke events at the European Youth Olympic Festival and claiming a 50m breaststroke silver at the World Junior Championships. The next two years produced multiple podium finishes at both junior and senior events, as he broke the 50m and 100m breaststroke national and world junior records multiple times, in both the long- and short-course pools. Unfortunately, a pubic bone fracture that required a lengthy rehabilitation period kept him from competing for most of 2018.

Having swum two World Championships – in 2017 and 2019, making the semi-finals in his two events – it wasn’t until 2021 that Nicolò made his first European Championship appearance at the postponed edition in Budapest, impressing on debut with a 50m breaststroke bronze and a finals appearance in the 100m. By this time, he was breaking the national record almost at will: 26.39s and 58.37s at the Italian Absolute Championships in March/April, 58.29s in the 100 as he swept his two events in very strong fields at June’s Sette Colli, and then Tokyo, where in his first Olympics he lowered the 100 mark again by a further 0.01s as he took the bronze medal in a mighty impressive performance. A second bronze and national record came in the pool’s final event, the 4x100m men’s medley, as Italy’s team of Olympic debutants came home in 3:29.17.

2021, however, didn’t end with the Olympics, and at November’s European Short Course Championships in Kazan, he walked away with two golds, a silver and a bronze, including a 4x50m medley SC world record (1:30.14, with Nicolò swimming the fastest official 50 breaststroke split in history (25.14)), and a new Italian 100m breaststroke record by over half a second (55.63). A month later at Abu Dhabi’s World SC Championships, he won two individual silvers, a stunning 4x100m medley gold, and two relay bronze medals, to cap off a sublime year which has taken him to the very top of his sport. He is now the third fastest 50m breaststroke swimmer in history, and 4th fastest  at 100m.

With the 2022 World Championships scheduled for Budapest and the European Championships in front of a home crowd in Rome, it could be a very exciting year for Nicolò.