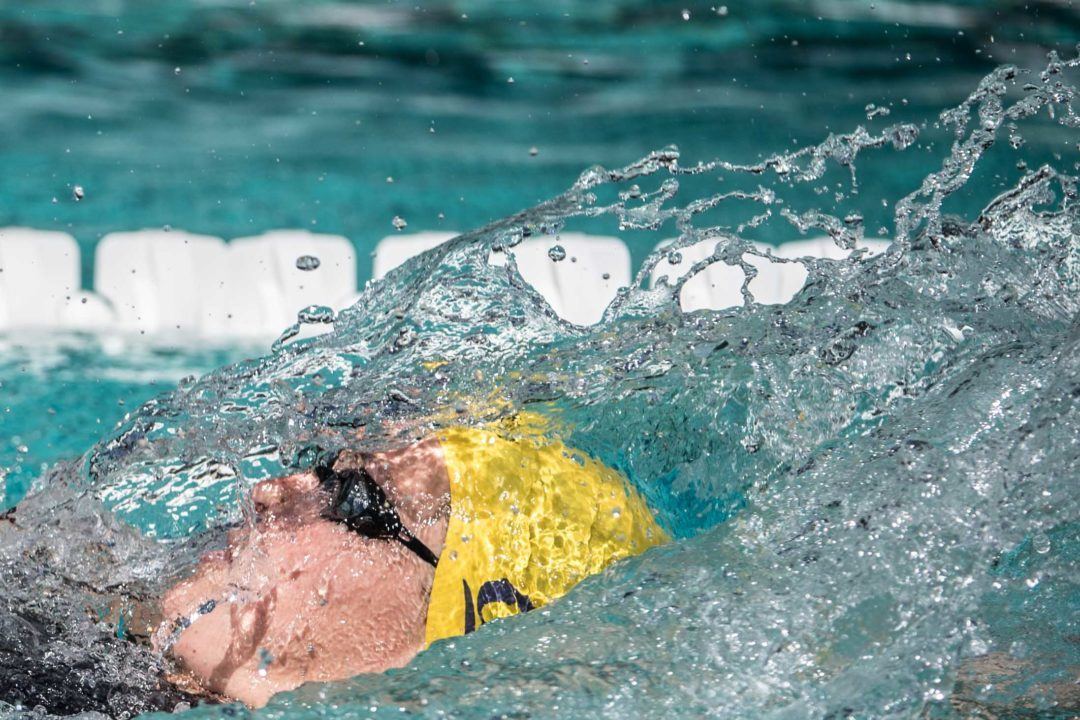 Caitlin Leverenz will try to fend off Keryn McMaster and Celina Li in the 400 IM A final tonight in Santa Clara. Archive photo via Mike Lewis/Ola Vista Photography

This morning, some notable swimmers including Dana Vollmer, Simone Manuel, and Yulia Efimova were absent from their races despite being entered on the psych sheets. Going into tonight’s session, however, nobody scratched from A-finals, leaving the top 9 in all eight events fully intact.

There were some scratches from B-finals, however. On the women’s side, Celina Li of Cal Aquatics and Keryn McMaster of the Chandler Swim Club each dropped one event. Li scratched out of the 100 breast, moving Riley Hilbrandt into the B final, while McMaster dropped the 200 free, pushing Amy Bilquist into the B final. Li and McMaster are both in the 400 IM A final, where they will battle with top seed Caitlin Leverenz.

The only scratches on the men’s side came in the 400 IM. There, Alex Liang, Lyon Zhang, and Joe Molinari dipped out of the B final. That moved Simon Lamar, Matthew Hedman, and Daichi Matsuda into the B final.