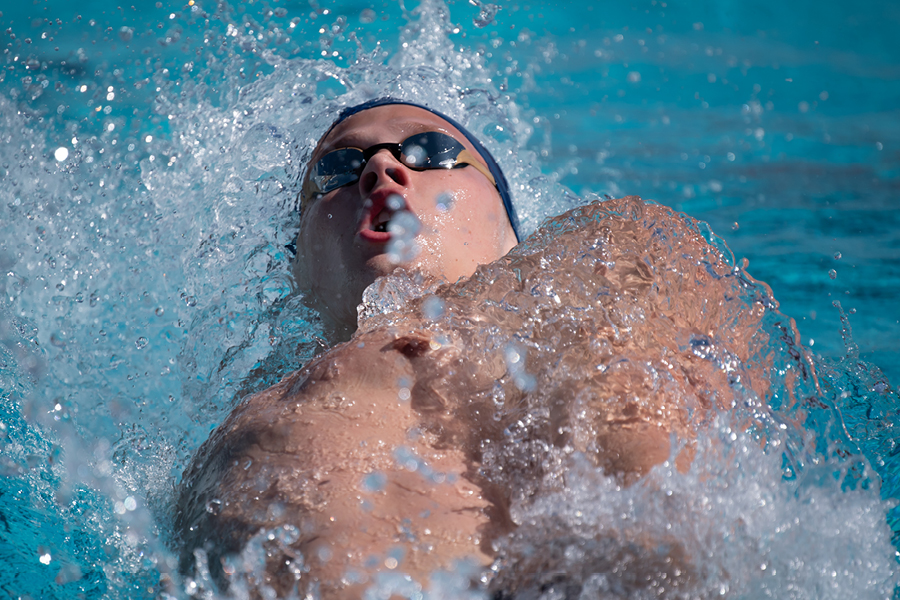 Cal All-American, Amy Bilquist, recently made the decision to leave the University of California, Berkeley to train in Arizona, a place where she initially fell in love with the sport. This decision to train for the 2020 Olympics in Scottsdale, Arizona came shortly before Bilquist signed with arena. While she had a successful collegiate career, her goal leading up to Tokyo is to break .59 seconds in the 100m Backstroke, which she hopes to do wearing arena’s Powerskin Carbon Flex VX. “Team arena has already felt like a family to me and I am truly honored to be a part of the arena team and stand amongst some of the best swimmers and people in the world,” says the Indiana native and State Record Holder, Amy Bilquist.

Justin Ress, an emerging backstroker from North Carolina State University, also signed with arena this month. Ress was a second generation NC State swimmer, following in his mother’s footsteps who also swam for the team. Though he has moved on from the collegiate level, he is proud of the traditions the team has upheld since the 1970s. Justin Ress was a 2016 Olympic Trials finalist, but he is most proud of contributing to the 2018 North Carolina State record in the 400 freestyle relay with fellow arena athlete Ryan Held. He enters this new partnership after swimming on an arena sponsored team where he was able to familiarize himself with the brand and racing technology, and found his race suit fit with the Powerskin Carbon Air².  Ress adds, “I am excited to represent arena because of what they helped me achieve as a team sponsor of NC State.” The All-American and NCAA Champion announced on June 11, 2019 that he joined the Cali Condors International Swimming League where he will train for the 2020 Olympics.

Joining the team as arena’s third Paralympian is Sophia Herzog. The powerhouse graduated high school a year early to secure a spot at the U.S. Olympic and Paralympic Training Center after she left competitive skiing and made the transition to the pool. While Sophia’s swimming career immediately showed potential, she worked hard to get where she is today. Her proudest moment to date is winning a silver medal in the 100m breaststroke at the 2016 Rio Paralympic Games. She says, “being a para-athlete inspires me because we don’t let our disabilities define us.” She will race in the Powersk.

And finally, University of Southern California alum, Kendyl Stewart joins the team. Kendyl is a three-time Olympic Trials qualifier that hopes to join Team USA in 2020 wearing the Powerskin Carbon Flex VX. She will train under David Marsh as a member of Team Elite and will be competing for the rest of 2019 on the LA Current International Swimming League team.

“I think it’s an awesome opportunity to help transform professional swimming to a sport with more global spectatorship and more compensation for elite swimmers, which will hopefully extend the longevity of our professional careers.” she says of ISL, and adds “It’s an honor to stand alongside the best in our sport and be supported by a company that really gets it. I’m so proud to be on team arena!”

Ever since 1973 when arena founder Horst Dassler was inspired by American Olympic hero Mark Spitz to create a line of swimwear for the world’s best swimmers, arena has defined the role of technology and sponsorship for competitive swimmers.  With a legacy for innovation and excellence, arena looks for emerging swimmers who align with their company values both in and out of the water. The new additions to the team represent what it means to be an arena athlete, and the brand is thrilled to have them on board.

arena’s technical expertise, their support of individual swimmers, and their teams or Federations, has contributed to thousands of medals won. Globally, arena sponsors 57 individual athletes and 29 national federations, including USA Swimming, as well as NCAA Division 1 swimming programs for Stanford, University of Texas (Women), Auburn, NC State, and University of Virginia. As the exclusive outfitter of the USA Swimming National Team, arena also provides all official sportswear worn on the pool deck and podium to Team USA swimmers and fans.

Each swimmer brings their own expertise and personality to the table, and the brand is proud to add each of them to the roster. These four athletes in particular show great potential and arena is excited to see what they will do under their partnership leading up to Tokyo 2020.

“Speaking for all of Team arena, we are thrilled to add Amy, Justin, Kendyl, and Sophia to our roster.” said arena U.S. General Manager Mark Pinger. “Not only are these athletes forces to be reckoned with in the water but they also bring a personal presence to the team that I am very excited about as we head into the Olympic year.”

About arena:
Since 1973, arena has created and marketed waterwear products for competitive swimmers and swimming fans worldwide, and is universally recognized as one of the premium brands of high quality swimwear and equipment. Over the last 45 years, arena has developed strong expertise in creating best-in-class products with particular focus on the pool segment, while also expanding into leisure and beach wear. Today the arena brand has a presence in 116 countries around the globe. In an historic agreement signed in early 2014, arena became a principal sponsor and technical partner of the swimming world’s governing body, FINA (Federation Internationale de Natation). With U.S. headquarters in Portland, Ore., arena is the exclusive outfitter of the U.S. National Team, and a proud partner of USA Swimming.

Swimming news is courtesy of arena, a Swim Swam partner.