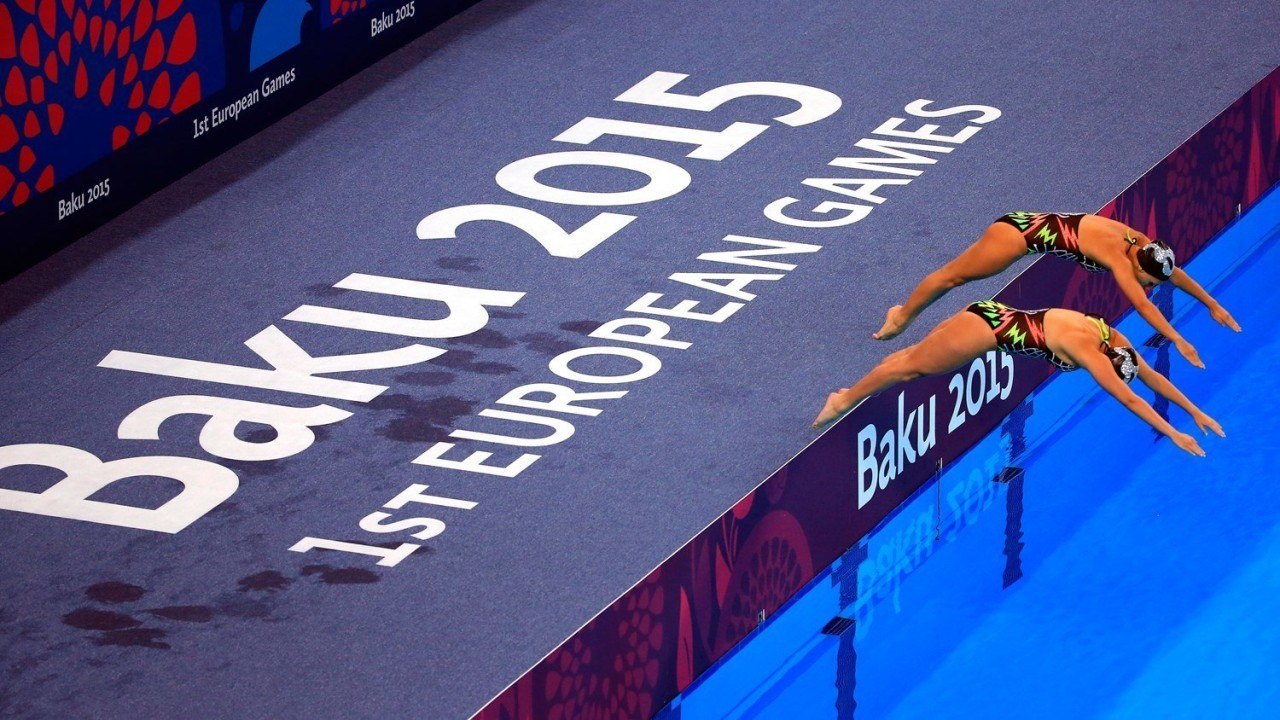 Aquatics will no longer be one of the 16 sports to be contested in Belarus come 2019 for the 2nd edition of the European Games. Archive photo via baku2015.com

2015 marked the inaugural European Games, a new multi-sport event whose aim was to effectively serve as an Olympics with only European nations invited. Taking place in Baku Azerbaijan, approximately 6000 athletes from 50 countries competed across 20 different sports in the first edition, including aquatics. Due to timing of the Games’ announcement and its structure, however, only junior aquatics athletes took part, with Baku’s competition having replaced 2015’s European Junior Swimming Championships that year.

Flash forward to today, where the 2nd edition of the European Games is set for 2019 in Minsk, Belarus after having two hosts already pull out. The Dutch announced their withdrawal as hosts in June of 2015, citing the financial burdens of hosting a major sporting event, while Russia pulled out due to alleged state-sponsored doping.

According to Inside the Games, it’s now known that aquatics will no longer be on the program for 2019 in Belarus.  Acting EOC President Janez Kocijančič says, “In Baku there were two sports which came with the second quality level of sport, one of those was aquatics.” He continued, “We didn’t come together and this is also a very expensive sport because you need a lot of swimming pools, so this time they are not in the programme.”

If it’s goal was to be “like the Olympics with only European nations invited” maybe they should’ve researched how much Olympic hosts actually put into preparation instead of saying “well it’s too expensive.” Or find a host that is already prepared.

The European Games are a great idea in theory, but the annual schedule of all major sports is already fully loaded. It’s never going to work unless all sports cancel their championships once every four years, which just isn’t going to happen