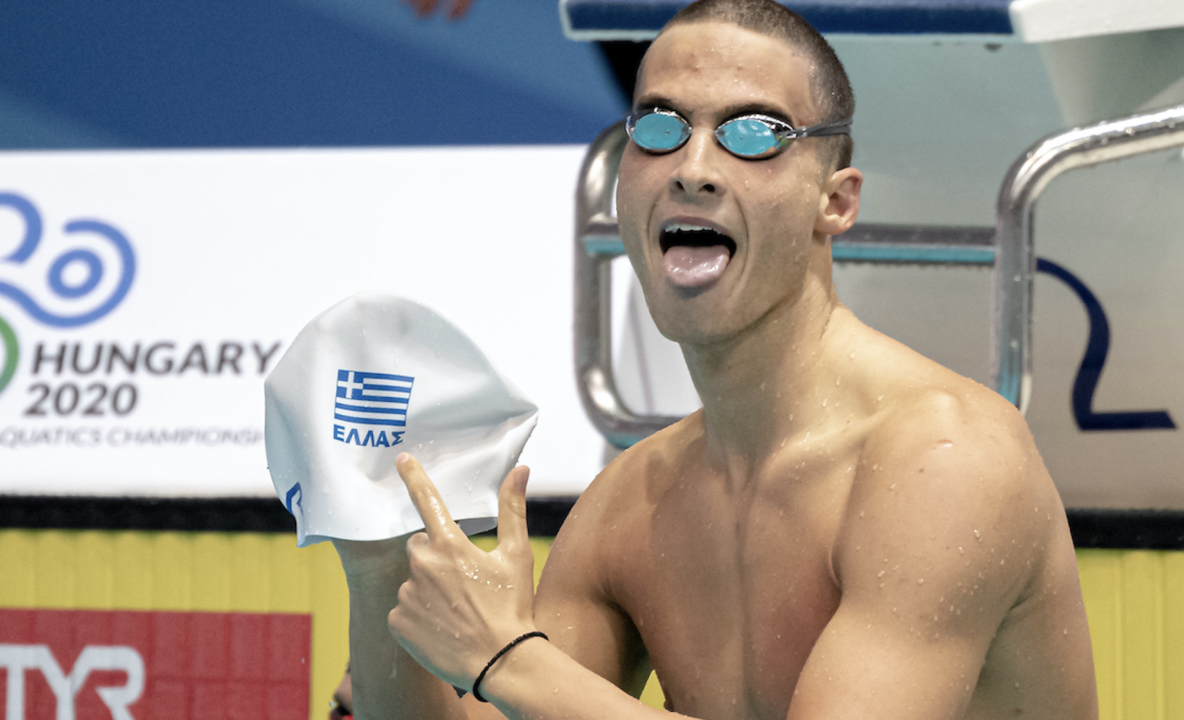 The Italy-based Aqua Centurions saw a mass exit of Italian swimmers from their originally-announced roster, but they re-filled their roster with 9 new names. Archive photo via G.Scala/Deepbluemedia/Insidefoto

The Italy-based Aqua Centurions saw a mass exit of Italian swimmers from their originally-announced roster for the 2020 International Swimming League season, but they re-filled their roster with 9 new names.

Fabio Santi and Apostolos Papastamos join the men’s roster, which now has 15 athletes. That roster did lose Italian backstroker Simone Sabbioni in the most recent roster update.

The women added seven more names, bringing the team to a safe 16. After the wave of Italian withdrawals, the team was down to 9 women and at risk of not being able to field a full lineup.

Here’s a look at the new additions, then some specifics on where they’ll fit in the depth chart:

Santi becomes the eighth Brazilian on the Aqua Centurions roster, a key area of recruitment for the team. He’s mostly a backstroker who adds some depth, though he definitely won’t cover the loss of Sabbioni, easily the team’s top backstroker across all three distances before his withdrawal.

Papastamos is an IMer who should help provide depth behind the departed Travis Mahoney. He’s the current reigning World Junior Record-holder and World Junior champion in the 400 long course meter IM.

Greenslade will immediately jump in as the top Aqua Centurion 200 backstroke, an event that was thin for the Centurions even before Silvia Scalia bowed out. Greenslade should also build some depth in the 200/400 frees, and even though she’s not really an IMer, she might be the team’s top option in the 200 IM with Sara Franceschi off the roster.

Burian should slot in as the team’s second 200 backstroker behind Greenslade, which is a great addition this late in the game. In the 50 and 100 backs, she adds some depth, with Silvia Scalia bowing out.

Grangeon is a high-ceiling addition who really boosts the IMs. The vast majority of her best times are from five or so years ago, but they far outpace career-bests from anyone else on the roster. Grangeon was 4:27.3 in the 400 IM in 2015, but did go 4:27.9 as recently as 2018. No one else on the AQC roster has been within nine seconds of that.

Grangeon should also be the team’s top 200 IMer, even if she can’t come close to her 2:08 from 2015. And she’s the clear top option in the 200 fly with Madeline Groves and Ilaria Bianchi out.

Pirozzi helps cover the loss of Franceschi in the IMs. Pirozzi should be the team’s second 400 IMer behind Grangeon. Her 4:31 career-best is a little misleading, since it comes from way back in 2015, but even the 4:37.0 Pirozzi put up last year would be easily better than anyone else on the Aqua Centurions roster outside of Grangeon.

The AQC roster has been brutalized by butterfly withdrawals from Silvia di Pietro, Elena di Liddo, Ilaria Bianchi, and Madeline Groves. Touretski (listed as Alexandra on the ISL site, but in many results as Sasha Touretski) should fill in on the sprint end as a potential starter in the 50 and 100 fly.

Bruce joins Grangeon and Pirozzi as the new wave of IMers at the top of the depth chart. Her 200 IM would be the second-fastest on the team for the moment, with Franceschi out. Bruce could also factor into the 400 IM and 100 fly.

Good grab! What does this mean if he wants to go into the NCAA? Would they be too self-centered to let him in after this

To me this is pretty cut and dry – by joining the ISL he has clearly become a professional athlete. I don’t see how he could join the NCAA after this.

After Pellegrini women’s roster is pretty thin on star power and name recognition.

Maybe ISL can provide subtitles for some of the names? Real shame the quality has been compromised so much as a fan it may be difficult to engage.

Carraro and Medeiros won medals at world championships. No freestyle sprinters, that makes it a super weak team.

I think Medeiros made the 50 final at the Olympics