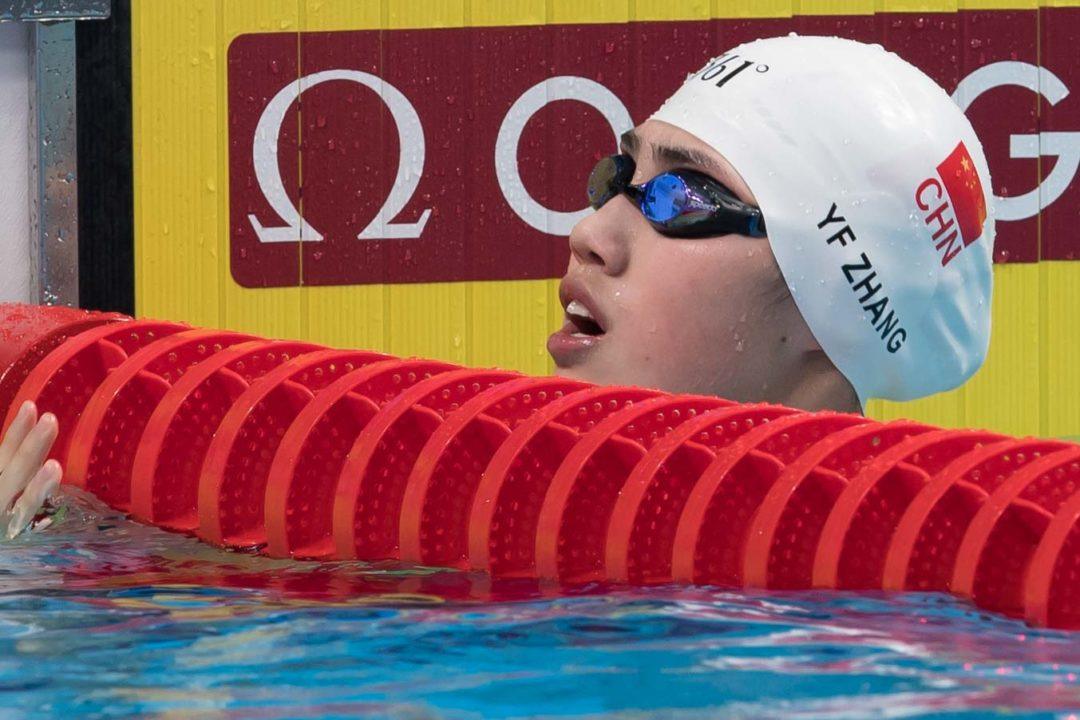 Competing at the 2020 Chinese Swimming Championships, 22-year-old Zhang Yufei made history by becoming China’s first-ever female to go under 53 seconds in the 100m freestyle.

Of note, her 52.90 record-breaking swim took place in the prelims. In the final she wasn’t able to repeat the feat, instead settling for silver behind winner Yang Junxuan. Zhang hit 53.59 to winner Yang’s 53.57.

Entering this meet, Zhang’s personal best rested at the 54.09 she produced 3 years ago at this same meet. She has been a prolific butterflier on the world racing circuit in the past few years, taking the 200m fly gold and 100m fly silver at the 2018 Asian Games. She also raced in the 100m and 200m fly events in Gwangju at last year’s World Championships, placing 13th and 26th, respectively.

Zhang’s most recent performance in the 100m free sits at the 55.16 she registered at these Chinese Championships in 2018.

Her 52.90 groundbreaking swim here now checks Zhang in as the world’s 17th fastest performer all-time. Splits for her swim, which weren’t available originally at the time of publishing, include 25.22/27.68

A body length ahead at halfway mark. She really went after it