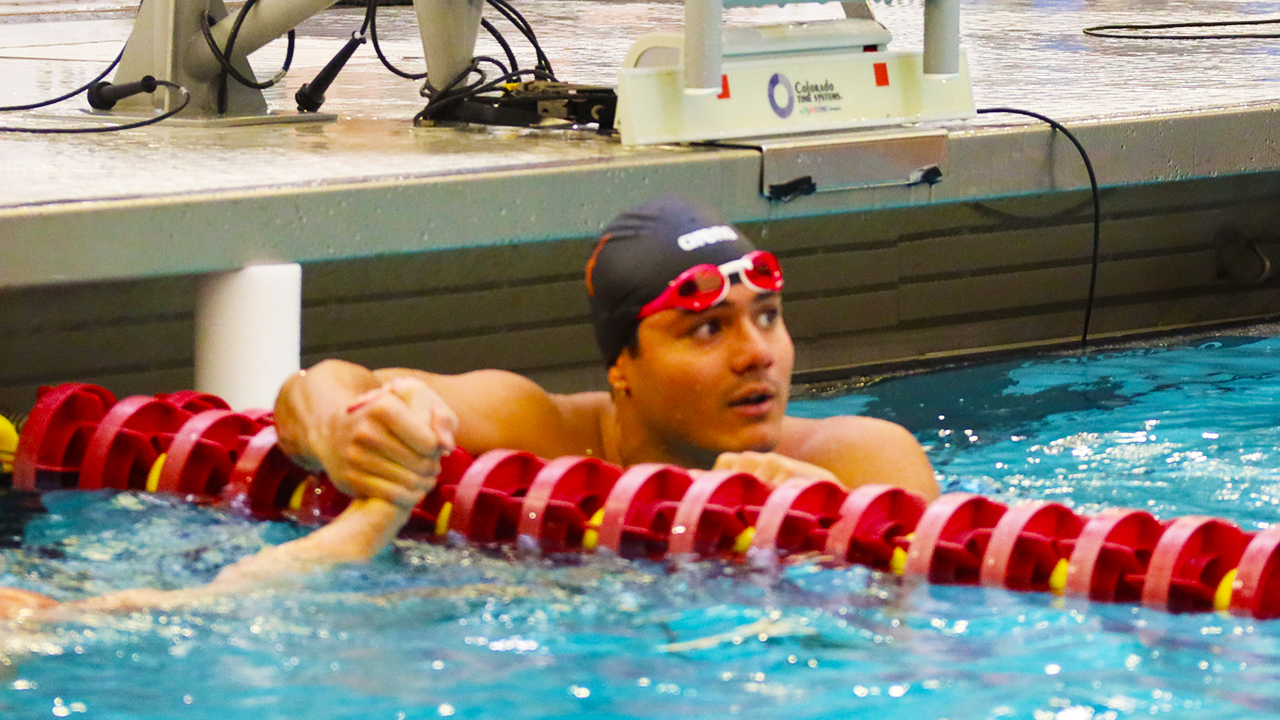 Anthony Grimm, the nation's #1-ranked recruit in the high school class of 2021, has retired from competitive swimming after one season in the NCAA. Archive photo via Coleman Hodges/SwimSwam.com

Former University of Texas swimmer Anthony Grimm has announced his retirement from the sport. The All-American told SwimSwam earlier this month that he was leaving the program at Texas, but has now updated that to leaving the sport altogether.

“I’m going to really miss swimming,” Grimm said in an Instagram post announcing his decision. “I’m going to cherish the relationships made, memories created, and lessons learned so close to my heart.”

Grimm went on to thank all of the teams he swam for in his career, including his summer league team the Fair Oaks Sharks.

Grimm grew up training with primarily the Mason Makos in the Washington DC area, aside from a couple of years at NCAP, and attended Oakton High School in northern Virginia. There he was a 6-time individual champion in Virginia’s Class 6A, winning titles in the 100 back, 100 breast, and 50 free across his high school career.

While he was a versatile talent, at Texas he focused mostly on sprint free and backstroke races. He is one of at least two Texas swimmers who have announced retirements early in the college season, along with Ethan Heasley.

Grimm’s departure leaves the Longhorns in a bit of a pickle in the backstroke group. Carson Foster, one of the top overall swimmers in the NCAA, is their fastest 100 backstroker this season with a 46.18; behind him is Chris O’Connor at 47.33.

Foster only swam one relay at the NCAA Championships last season, the 800 free relay, which leaves him room to add more relays to his schedule. At the SMU Classic two weeks ago, he swam the leadoff on Texas’ 200 medley relay (his 21.72 split was second-best, .01 behind A&M’s Ethan Gogulski), while Ethan Harder led off the 400 medley relay in 47.93.

There doesn’t seem to be many hard feelings between Grimm and his now-former teammates: several members of the Texas team, including Carson Foster and Caspar Corbeau, commented well wishes on his post.

I think he retired because of this girl from the Washington DC area that is a living legend. Best of luck to him in the future!

Have to wonder if he picked a less competitive environment if he would still be swimming? The pressure to perform consistently at that level is immense.

To young to retire. He quit

2019 NCSA’s was a thing of beauty from this guy

Well, except for the two DQ’s. But winning the 50’s of all four strokes and setting the 100 back NAG record were pretty impressive.

Not sure if he ever swam for NCAP, but he swam for the Mason Makos club team for the entirety of his high school career. It’s literally in three of his pics from the post.

He swam for NCAP at a younger age, but switched to Mason Makos and spent high school years training there.

He swam with me for two years at Ncap. A pleasure for sure.

The thing that stood out to me was the number of messages from his former NVSL & PVS teammates and competition. Pretty cool bond. Good luck to Anthony!

Good that young people are finding their voices and not just grinding on in unhappy place, good travels young man!