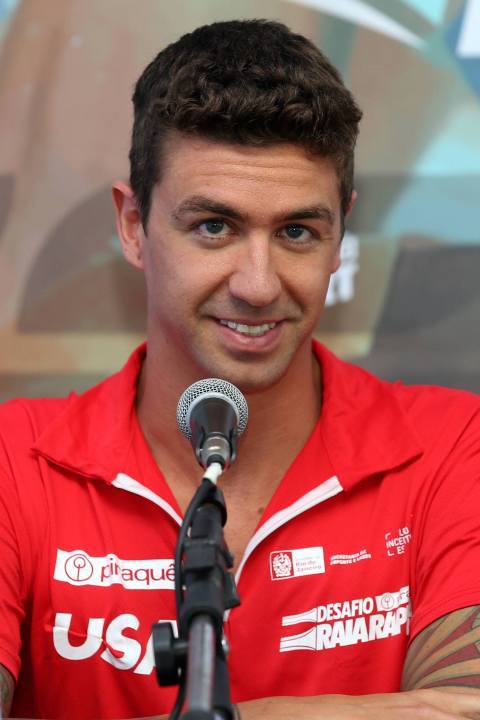 The annual “Raia Rapida” challenge or “Fast Lane” challenge in Rio De Janeiro, Brazil will commence on the 14th of September this year featuring swimmers from Brazil, South Africa, Australia, and the United States as they’ll all face off in a challenge to prove their dominance in the pool.

This particular competition isn’t structured like the average competition however, it features an elimination strategy until only one victor remains. The only individual events featured will be the 50s of each stroke. One swimmer from each nation will compete in the first round, and the swimmer who swims the slowest time will be eliminated from the competition and not gain any points.

Following the first round will be a second round where again the last place swimmer will be eliminated, taking home no points. Following that the two remaining swimmers will face off in the final round to be named the champion of the event. Each time you qualify for the next round, you gain a point therefore the winner would take home three points, the second place finisher two, the third place finisher one, and the fourth place finisher zero.

Following this first round of competition there will be a break. After the break all four countries will face off in a 4x50m medley relay. In the relay, the winning team will walk away with six points, the second place team four, and the third place team two points. After the relay the total points total will be calculated and one country will be crowned the winner.

Last year, the US team placed third overall behind Australia and Brazil. Australia ended up winning the event with 13 points to Brazil’s 11 while the US settled for seven points still ahead of France’s four.

The Raia Rapida competition has been held for two years, and with it the United States has sent the same team both times. Adam Mania, Mike Alexandrov, Eugene Godsoe, and Josh Schneider have been the only four Americans to compete at this meet thus far, however this year the US is sending a different team. David Plummer will replace Mania on the backstroke, Alexandrov and Godsoe will continue with the breaststroke and butterfly, and sprint-star Anthony Ervin will swim the freestyle.

The Americans should have the advantage in the backstroke with the likes of David Plummer considering his success on the international scene. In the breaststroke however, previous 50m breaststroke world record holder Cameron Van Der Burgh will most likely have the edge over all other competitors.

In the fly, Godsoe most likely has the advantage, and the freestyle should be extremely close. Anthony Ervin will have his hands full with international stars such as Roland Schoemann. Many big names arrived for this meet, making it a lot more competitive than it has been in recent years.

Awesome format. It would be cool to see women’s competition added, though. At three heats of five events, it’s not like the schedule is packed.

Perhaps a silly question, but how long between the skins rounds? Would be interesting to see how quick they have to back it up.