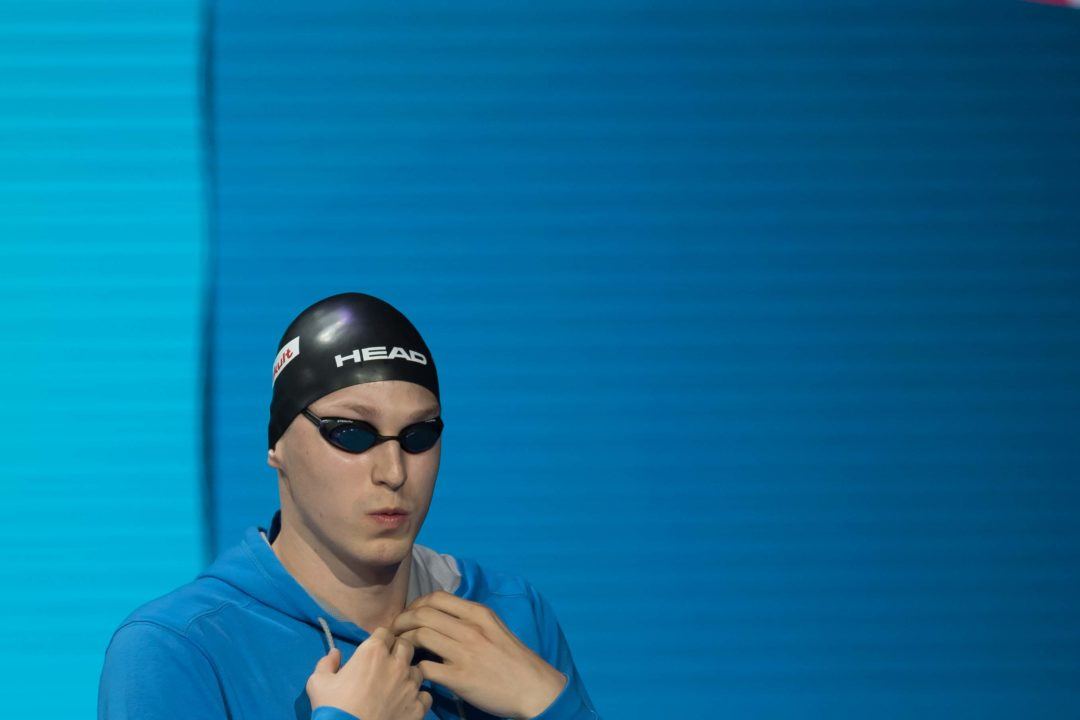 After a 22.6 on Saturday, Andriy Govorov was almost as fast on Sunday morning in the semi-finals of the 50 fly. Archive photo via Mike Lewis/Ola Vista Photography

The semi-finals of the 50m shootout races started to heat up on Sunday morning in Monaco, as 8 fields of 4 were whittle to 8 fields of 2: one for each gender for each stroke over 50 meters.

Andriy Govorov was a bit slower in the 50 fly semi-finals than he was in the quarterfinals on Saturday. After a 22.69, that tied his own best and Ukrainian Record, he went 22.77 in the semis. That’s still good enough for easily the top seed, and he’ll have a head-to-head battle against American teenager Michael Andrew in the final. Andrew swam 23.36 in the semi-finals, which was also a touch slower than he was in the earlier round.

In the women’s 50 fly, Rikako Ikee swam a 25.96 to qualify first into that final. That’s her best time of the four rounds so far in Monaco, and is beginning to approach the Asian Record of 25.11 that she swam last week in Canet.

Aside from the shootouts, with a top 2 spot required to advance to finals ratcheting-up the pressure, prelims were again on cruise control on Sunday morning, just like they were on Friday. That didn’t dampen the speed on Saturday evening, where several world-top-5 times were set, so we’ll expect the same on  Sunday.

Just notice your name is the same with the 50fly WR holder’s.😂

After proof of systemic doping by the Russian government, I think all Russians who post great times should be tested. I would love to celebrate fast swim times, but actions have consequences and I am skeptical of Russians now.

Poroshenko on reading this . FGS we have a real civil war with deaths & destruction & lose 1/3 of our gdp to try & convince ppl we are the best & they are sc*m . Then I see Scribble writing this ! ‘

I believe that Powell has by far the most sub 10 runs in the 100m. But who cares if you don’t win the gold medals?

Asafa Powell is a drug cheat.

Still the 2nd best 50 free swimmer, not a small feat.