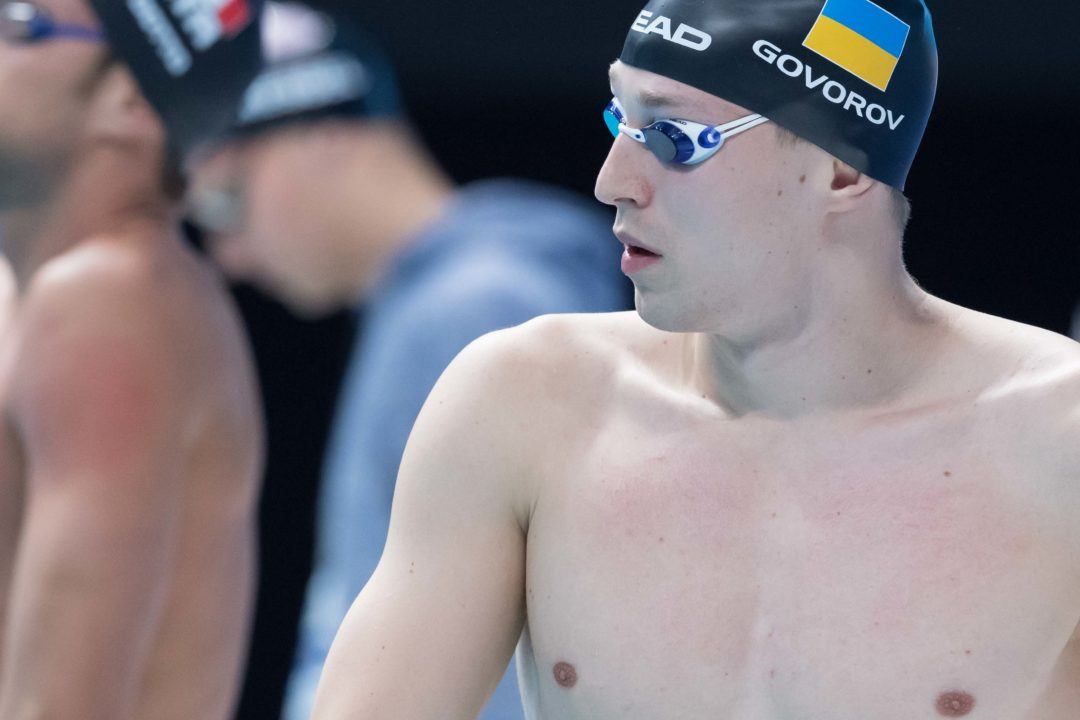 Andrii Govorov tied his own Ukrainian Record in the 50 fly on Saturday in Monaco. Archive photo via Mike Lewis/Ola Vista Photography

Kelsey Wog (above), Markus Thormeyer, and Emily Overholt will all be chasing their 3rd individual wins on Saturday evening.

Few swimmers in history have specialized as much in a 50 meter stroke race as has 26-year old Ukrainian Andrii Govorov in the 50 fly. His 21 international medals at the junior and senior level have all been in 50 meter distances, and 15 of those have come in the 50 fly. That includes all 3 of his World Championship medals (1 bronze LC, 1 silver and 1 bronze SC); all of his European titles (1 LC, 3 SC), and his only World University Games title.

On Saturday, in the first day of the last stop of the 2018 Mare Nostrum series, Govorov re-submitted that charge with a 22.69 in the quarter-finals of the 50 fly shootout. There, he swam a 22.69, which tied his own 2016 time as the 2nd-best swim ever done in a textile suit. Brazil’s Nicholas Santos, who was 22.61 last year, holds the honor as fastest.

Govorov’s time is also tied as the 8th-best performance in all eras (with his own swim and a Milorad Cavic 22.69 from 2009), and he’s the 4th-best performer of all eras.

Is there a live stream?

Shame all the 50s are not in the Olympics. They messed up putting them all in while they had the chance. A shame and unfair to the specialists in the fly/back/breast 50s. Maybe for 2024 they will correct their massive mistake.

Michael Andrew agrees with you.

I disagree, people already look down on successful swimmers because of how many medals are avaible, mixed relays and 50s just prove their point

I must mention that I disagree with Bob and Michael Andrew. I’m against the add of the 50s of stroke at olympic games. I can’t still believe they added the useless mixed relay. 🙄

Swimming has too many medals. I love the sport and I love watching all the events, but they can’t keep adding more and more. I like the mixed relay though.

Bobo Gigi the legend replied to me

Hmmm, Govorov is not getting criticized for being just a 50 fly specialist like Andrew, wonder why.

Andrew is only 19. And many here had huge expectations after his age group career. Don’t tell me that you’re happy to see him specialize in the 50s! I would have a hard time believing you. 🙂

I’m happy that they did article, because every World Championships Govorov shows up and contends for a medal, and all the US people are like, “Who is this Russian doper coming out of no where?”