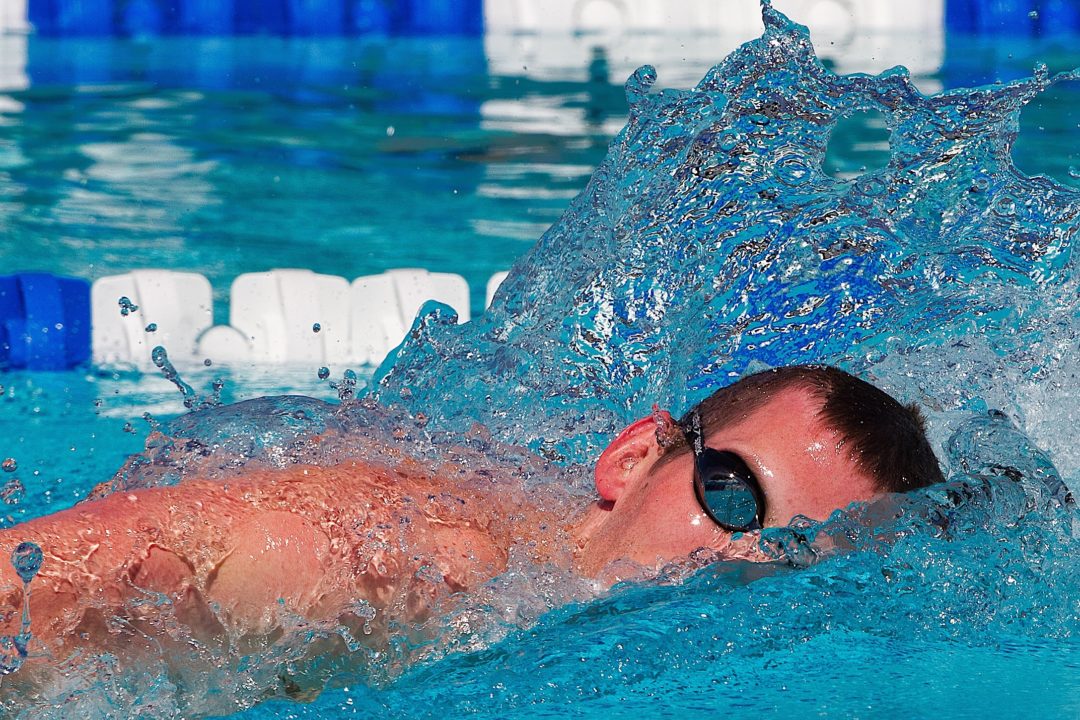 The final night of the Canadian World Championship Trials started out with an amazing race in the women’s 800 freestyle....

The final night of the Canadian World Championship Trials started out with an amazing race in the women’s 800 freestyle. Olympians Savannah King and Alex Komornycky, who both raced the 800 in London, battled each other for the entire race.

Just like last years Olympic Trials, it was King winning, Komarnycky coming second and both women under the FINA A time of 8:34.33.

The winner of the 1500 freestyle Tabitha Baumann finished third touching in a time of 8:41.13.

Unlike the 400 IM Komarnycky did not have enough left to retake the lead in the freestyle.

Seltenreich-Hodgson finished first in a time of 2:13.29. Komarnycky finished in a time of  2:14.28 and for the second time in less than 30 minutes finished second in an event posting a time that was under the FINA A standard (2:14.97).

Page Schultz of the Toronto Swim Club finished third in a time of 2:15.78.

Unlike the first two races of the evening the men’s 200 IM did not have the same type of suspense. That was thanks to Olympian Andrew Ford who took hold of the race in the first 50 and never relinquished control, winning the event by over two seconds in a new meet record time of 2:00.03.

Both athletes were far slower than the FINA A standard of 1:59.99.

The women’s 50 freestyle final was a battle between Chantal VanLandeghem and team PPO. VanLandeghem got the best of the team of sprinters from Quebec winning the race 25.19, qualifying for her first individual event in Barcelona. Victoria Poon finished second in a time of 25.24, which is under the FINA A standard of 25.34.

Finishing third in a time of 25.44 was Sandrine Mainville who has already qualified for the team in the 4 x 100 freestyle relay.

The men’s 50 freestyle final was all about the finish. Chris Manning, who was the top qualifier in the morning, showed that finishes were a big part of his preparation winning the final in a time of 22.71 only one one-hundredths of a second ahead of second place finisher Luke Peddie and seven one-hundredths of a second ahead of third place finisher Kelly Aspinall.

Manning qualifies for his first event at the World Championships with the win, while Peddie’s time of 22.72 did not make the FINA A standard of 22.33.

The women’s 200 breaststroke was an exciting race, for the second spot.

Tera Van Beilen, who had already qualified for the World Championship team by winning the 100 breaststroke, was determined to add the 200 to her schedule in Barcelona. Van Beilen lead the race from beginning to end taking the first 100 out in a time of 1:09.77 winning the event in a time of 2:25.84, which is the third fastest time in the world this year.

The 200 breaststroke was the last chance for 2011 World Championships bronze medalist Martha McCabe to make the team and she cut it close. It was tight between McCabe and Ashley McGregor for the entire race. McCabe separated her self a bit in the third 50, but McGregor would not go away battling right to the wall. In the end McCabe had just enough to hold off McGregor finishing second in a time of 2:27.25 followed by McGregor who touched in a time of 2:27.55.

Both McCabe and McGregor were under the FINA A standard of 2:27.88.

The final night of competition seemed to be one exciting race after another and the men’s 200 breaststroke was one of them. The widest margin between Richard Funk and Ashton Baumann was 14 one-hundredths of a second at the 100 meter mark. In the end there was no separation between the two, with both Funk and Baumann finishing in a time of 2:14.84.

With the two swimmers tied the following rule within the selection criteria will apply:

As of now a swim-off time has not been set.

In the final individual event of the competition Ryan Cochrane swam a world best in the 1500 freestyle winning the event in a time of 14:59.73. Cochrane is the only swimmer this year to dip down under the 15 minute mark.

Both Brothers and Hedlin were under the FINA A standard of 15:14.38.

I’m not sure what to make of Cochrane’s times this week. his 800 performance was by far the best of his week. If his 1500 is a sign of how much more time he has to drop at that distance, he could very much medal in the 400 (rather depleted field if you ask me), take Sun in the 800, and if Sun isnt back to WR form, take him there as well.

It looked like Cochrane’s 1500 was on the relaxed sign compared to his 400 and 800. I think he was trying to push his team mates under the FINA A cut, since he did a similar thing at Olympic Trials last year.

Another Baumann! Use to love watching Alex swim. Nice to see the family tradition holding up.