Andrei Minakov Expected To Race In Russia This Summer; Efimova Done For Season 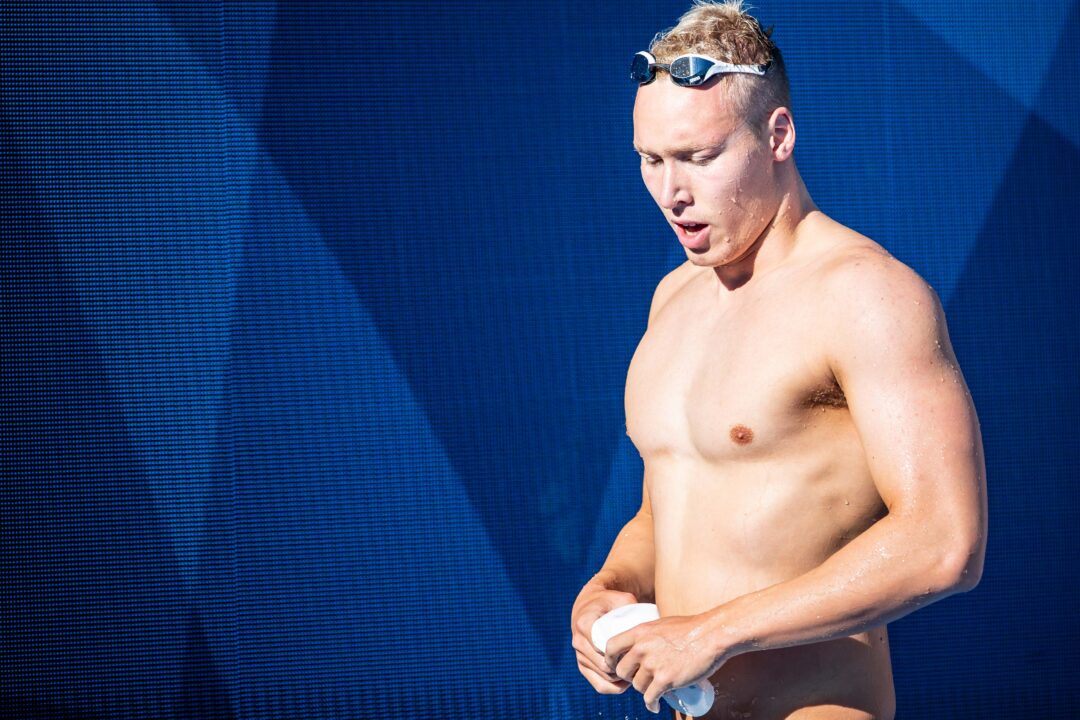 Andrei Minakov, one of the most accomplished Russian swimmers over the past three years, is expected to return to his home country to compete later this summer.

Minakov, who is currently racing at U.S. Summer Nationals in Irvine, California, missed Russia’s recently-concluded Solidarity Games in Kazan, but is expected to attend next month’s Spartakiad in St. Petersburg, according to All-Russian Swimming Federation President Vladimir Salnikov.

“As far as I understand, Andrei Minakov is going to (race) at the Spartakiad,” Salnikov said, according to Match TV.

Efimova, 30, told Match TV she was contemplating her future earlier this month, and that it largely depended on whether Russia’s sanctions from competing internationally were lifted.

The Solidarity Games and the Spartakiad are events organized by Russia to supplement them being barred from competing at major international events, including last month’s World Championships, as a result of the country’s invasion of Ukraine in February.

The ensuing war has resulted in at least 5,230 civilian deaths according to the United Nations High Commissioner for Human Rights, and has displaced millions of people.

The Spartakiad is a multi-sport event that has been contested 10 times in the summer, from 1956 until 1991, and seven times in the winter (1962-90), between the constituent entities of the now-former Soviet Union.

Minakov, the 2019 World Championship silver medalist in the men’s 100 butterfly, is entering his junior year at Stanford University in the NCAA, having won the 100 fly last season. Despite having only raced for the Cardinal for one season, Minakov will technically be a junior academically in 2022-23, but has three seasons of eligibility remaining.

He sat out of both the Russian Championships in April and the Solidarity Games earlier this month. If he is at the Spartakiad in late August, he will be due to be back at Stanford for the 2022-23 season in September.

On Tuesday, Minakov finished 12th in the men’s 100 freestyle in a time of 49.26. He was also entered to race the 200 free on Wednesday morning but was a no-show.

In the US’s national interest and security, having Russians study in the US is not ideal. So, why are US universities still offering scholarships to these guys? Please don’t use the argument that politics should be left out of sport. That argument won’t fly.

Is that a federal government decision? Aren’t there a vast mix of private and state schools? I’m not American so curious of the logistics of your point.

To be honest, it’s a disgusting question. That’s how Putin is winning over people’s mind in Russia: “look, they hate Russian, they see all of us by default all as enemies and spies out there!” How about Iranians, Chinese, etc.? I’d say they have even more allegiance towards they home countries that most Russian do. Industrial espionage is even more widespread and just as dangerous for North American economy as the military one. Let’s expel German and French students as well as they represent countries that compete with US economically?

Yes, let’s ban them all.

Maybe they need more troops in Donbas .. cannon fodder as they say

I wouldn’t. Seems like he could never come back

This would be a pretty big decision on his part as once he leaves the USA it’s going to be pretty difficult for him to return as a Russian national, right?

It must be a pretty difficult situation to be in when returning home might come with the cost of throwing away so much opportunity, I wish humanity was better than this.

As long as he has a proper visa – which I’m sure he does – why would he have any issues returning to US?! There is no direct flights, maybe, but otherwise no issues

He has gotten his orders to come back.

isn’t he a junior at Stanford? I hope he doesn’t have any issues coming back.

Right, he’ll be a junior academically in the fall (based on what he said in April) though he’s only competed one season, and has three years of eligibility remaining. Updated to clarify.

Lol, he definitely isn’t returning to Stanford once he has left US soil. He must be very idealistic if he thinks that he can just make trips to and from Russia while it has essentially declared war on the rest of the developed world.