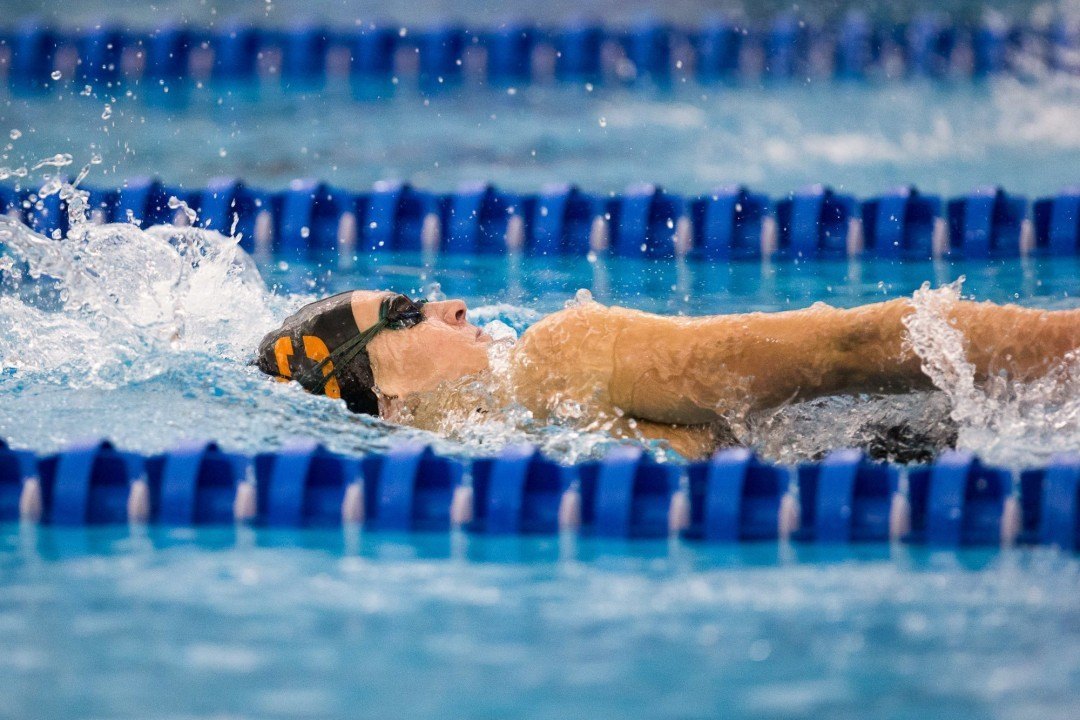 Garcia, who spent her freshman and sophomore seasons competing for the University of Arizona, will be returning to her home state, as she's a native of Holland, Michigan. Archive photo via Tim Binning/TheSwimPictures.com

All-American backstroker Taylor Garcia has announced her decision to transfer to the University of Michigan. Garcia, who spent her freshman and sophomore seasons competing for the University of Arizona, will be returning to her home state, as she’s a native of Holland, Michigan.

While at Arizona, Garcia became an All-American as a member of the 200 medley and 200 freestyle relays at the 2017 NCAA Championships. She was also a semifinalist in the 100 back at the 2016 U.S. Olympic Trials.

Garcia’s will have a substantial and immediate impact for the defending Big Ten champion Wolverines. Her best time of 51.87 from the 2017 NCAA Championships is fast enough to have won the Big Ten title last season. At Michigan, she’ll train alongside Clara Smiddy and Gabby Deloof, who were both championship finalists in the 100 back at the 2017 Big Ten meet.

Garcia’s transfer announcement comes a day after Arizona Head Coach Rick Demont announced his retirement. In a quote shared to Facebook, Garcia shares her thoughts about the decision to transfer:

“In March, after NCAA’s, I had to make a very difficult decision to leave the University of Arizona. It has been an arduous journey to say the least. However, I have much to be thankful for. I am so thankful for the great friends I have made in AZ. I know they will be my sisters for a lifetime, and their support is what has gotten me through this process.

I am also grateful for all that I have learned about myself and others during this time. My parents have been my rock for my whole life, encouraging me to follow my dreams. The amount of love and support they have shown me as I struggled out here is unimaginable and simply cannot be matched. I truly have the BEST support system. Thank you for everything Shawnda Garcia and Chevy Garcia.

It is with MUCH excitement and gratitude that I announce that I will be transferring to the University of Michigan. The academic and athletic support offered to their athletes is something I have been direly looking for, and I cannot wait to be a part of the team. I’ve always been a B1G DreaMuh.

Will she be eligible immediately or does she have to sit out a year?

she will be able to swim right away….if grades are good. only a problem if within the conference usually

What’s up with all the transfers going to Michigan (first men and now women). Hope they get better and not worse

What happened at AZ?? Wonder why she wants a change? Seems like she swam well at AZ!

Sometimes swimming isn’t the only factor. Doesn’t necessarily mean she didn’t like swimming there. In any case, I’m sure she made the best decision she could for herself.