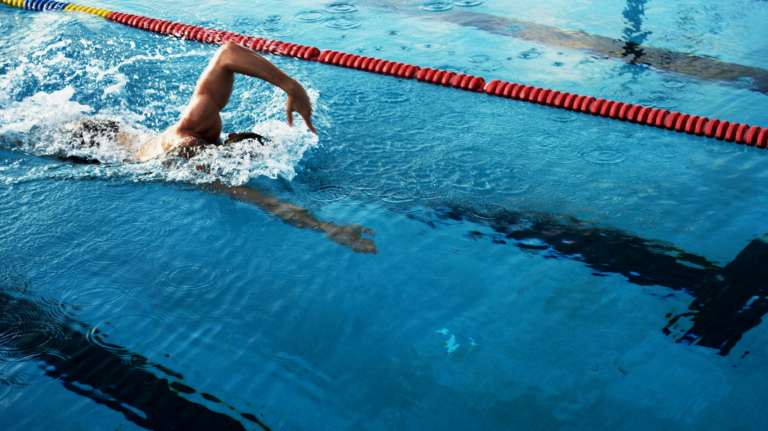 At the 2021 Utah 6A State Swimming Championships, the American Fork High School boys and the Lone Peak High School girls picked up the respective team titles. Stock photo via The Race Club

At this year’s Utah 6A State Swimming Championships, the American Fork High School boys and the Lone Peak High School girls picked up the respective team titles. That’s a swapped result from last year when AFHS won the girls’ title and LPHS claimed the victory on the boy’s side.

On the boys’ side of the meet, American Fork High School managed to improve upon their 3rd place finish at last year’s championships. Among those contributing to the team’s victory was junior Caleb Wynn who won the 200 IM and placed fourth in the 100 butterfly.

That 54.09 for Wynn was a decent margin off what it took to win the event as Corner Canyon’s Karson Spencer threw down a 51.11 to win the head-to-head battle with Jordan High School’s Josue Quispe who was a 51.59 for second. Cameron Barney rounded out the top three for Westlake, hitting a 53.74. While Spencer and Quispe were well ahead of the field, it’s hard to forget last year’s champion in the event Jordan Tiffany who hit a 47.71 to win the event and set a new state record as a senior.

Bingham High School was unable to crack the top ten in overall team rankings despite a solid performance from senior Tanner Nelson. Nelson picked up two wins at the meet, touching first in both the 200 and 500 freestyles. In the latter, Nelson won the event in record time of 1:38.39, faster than Devin Bunnell‘s 6A State Championships record of 1:40.20 record from 2018. Prior to the meet, Nelson PB in the event was a 1:40.40. He was joined on the podium by Landry Hill (1:41.67), repeating as runner-up from last year and Yan Dvoretskiy (1:42.48) for bronze.

As for the girls’ meet, Lone Peak High School managed to dethrone reigning champs American Fork to take the victory by a mere 4 points. Lone Peak’s top performer at the meet was Sarah Wilson who earned a second-place finish in the 100 freestyle and a third place in the 100 breaststroke.

In the freestyle, Wilson swam a 53.91 to finish right behind Lone Peak swimmer Talia Thomas‘s winning 53.17. Lauryn Hall from Davis High followed the duo with a 54.59 for bronze. That nearly exactly matches last year’s podium wherein Thomas won the event with a 54.90, Wilson tied with Annalyn Dean for silver with a 55.02, and Hall was fourth with a 55.08. Upon Dean’s graduation, Hall moved up to third place.

Talia Thomas‘s victory in the 100 freestyle this year got under the 6A State Championships record previously held by Kenzie Chesler at a 53.29 from 2018.

100 freestyle runner-up Lauryn Hall managed to pick up a victory for Davis High in the 50 freestyle as the only swimmer to crack the 25-second mark in the final. She won with a 24.88 in the event, out-touching Kearns High swimmer Jamie Horne‘s 25.09. Horne nabbed the silver by finishing just 0.01 seconds ahead of Lone Peak’s Dylan Egbert who was a 25.10 for bronze. The winning swim for Hall was quicker than her 25.15 from last year’s meet and got under her own 6A State Champs record of 24.91 from 2019.