Allison Schmitt Officially Out of the Meet, Drops 400 Freestyle 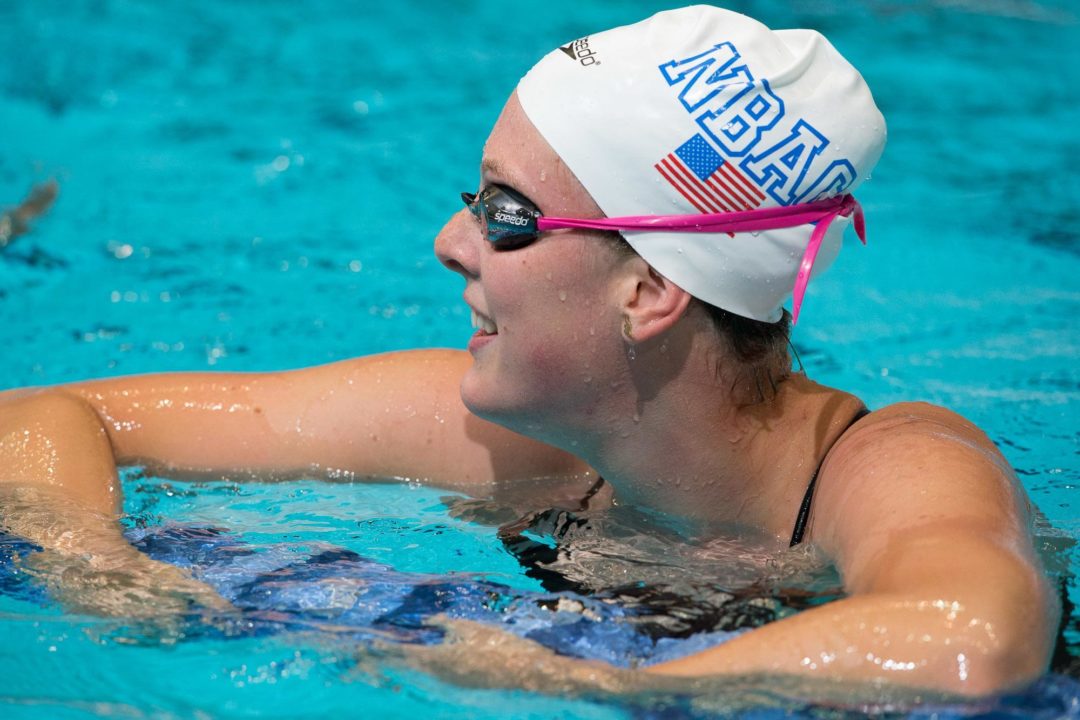 Olympic Medalist Allison Schmitt has decided to scratch the remainder of the US World Championship Trials this week after upsetting swims. (Photo: Tim Binning/TheSwimPictures.com)

Everyone has some rough meets. Sometimes, though, there is no greater shock in the swim world than when we don’t see Olympians perform as we had expected them to. Olympic team member and medalist Allison Schmitt was set on a high pedestal coming into these 2013 US World Championship Trials and US National Championships, coming in with the top seed in the 200 and 400 freestyle (at least 3-seconds ahead of her competition), as well as a 4th seed in the 100 freestyle.

It was leaked to SwimSwam, through a source “close to the NBAC program,” that Schmitt will be dropping the 400 freestyle, and is now out of the meet. Schmitt’s coach, Bob Bowman, has confirmed this information, meaning we will not be seeing Schmitt’s gold-medal-smile for the rest of the meet.

Things didn’t quite play out the way any of us expected them to. On day 1 of prelims, she dropped from her 4th seed in the 100 free to 10th going into the final, with a time almost a full second slower than h her seed time.

Everyone has their rough swims, though, and on day 2 she had the opportunity to show her true colors in the 200 freestyle, and to defend her top seed spot.

Unfortunately, much like the 100 free, the 200 proved to be somewhat unforgivable (and definitely unpredictable). Schmitt dropped from her top seed (1:53.61), to 9th place out of prelims, gaining roughly 5-seconds (1:58.62). Just a year ago in London, Schmitt brought home a gold medal in this event. Still, she swam those B finals out, and deserves credit for that.

Even through rough swims, Schmitt’s positive attitude rings true. She made her mark in London, where she stepped up as a leader and motivator, cheering anyone up with with her smiles and jokes. With her drive and determination, we know that she’ll shake it off, work up from this, and that this will not be the last that we see of Allison Schmitt.

Her inner beast will return in time…

So sorry to hear — I so enjoy watching her race. Hoping she gets her mojo back fast.

can i just ask the tough question though – this seems mental over physical, right?

she hasn’t looked “on” since London.