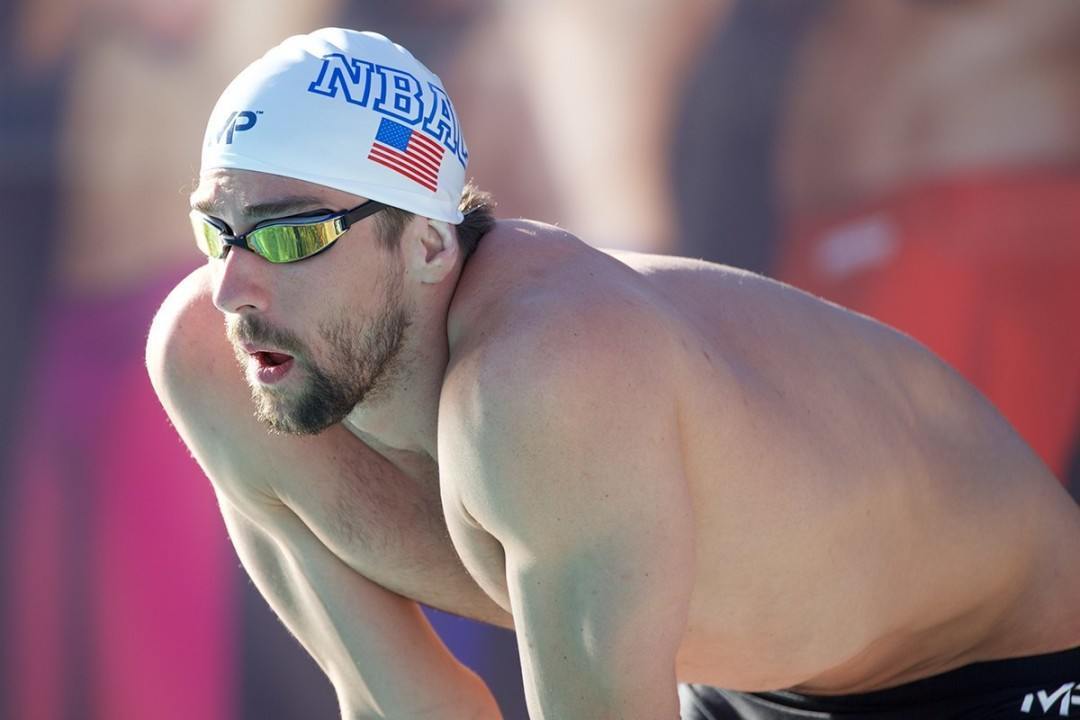 Michael Phelps returned to the blocks after almost an eight month hiatus from competition, following a DUI arrest, at the 2015 Arena Pro Swim Series Mesa this past weekend. Current photo via Rafael Domeyko

There, Phelps won two events and earned a grand total of three medals in three finals. In his first final of the meet, the 100m fly, Phelps clocked in to take gold with a time of 52.38 over long-time rival Ryan Lochte.

On the second day of competition Phelps scratched the 100m backstroke to focus on the 400m freestyle prelim, an event he hadn’t touched for some time. Phelps finished 17th overall in prelims with a time of 4:02.67 which tied the time which high school senior and American distance star Katie Ledecky did in her prelim swim.

Below are the videos from all three finals that Phelps swam in this past weekend.

Well Ledecky is a senior, not a freshman, but your point still stands–Phelps got chicked!