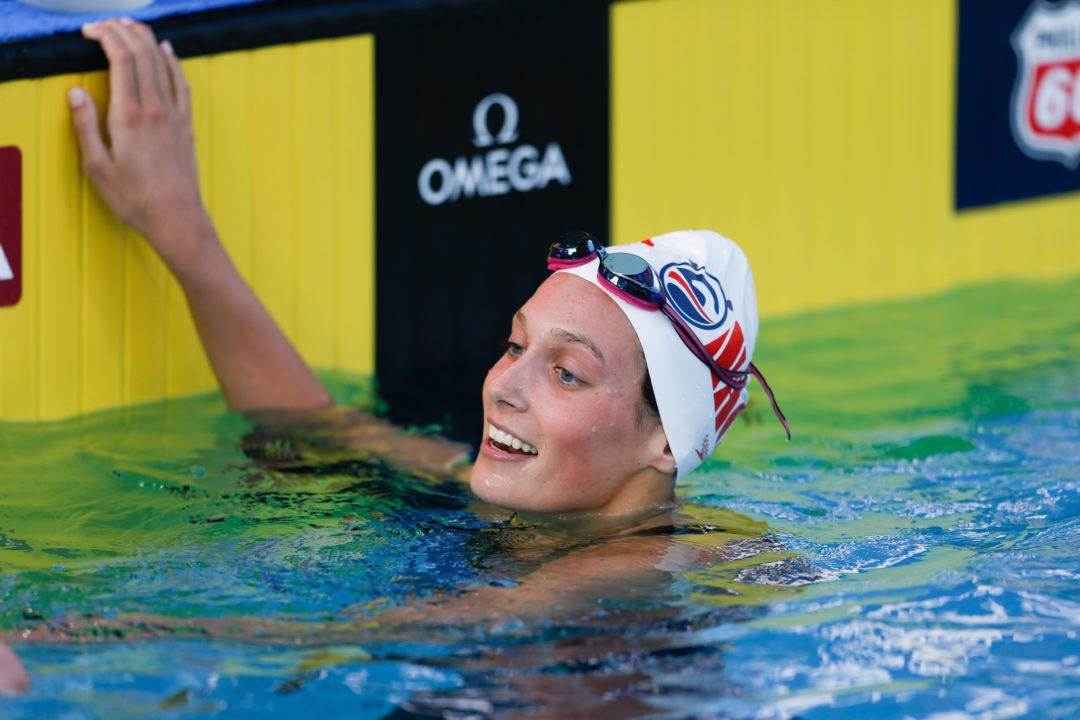 The biggest difference between Walsh tonight and her performance at this past Summer's Pan American Games is that she came home much faster tonight. Stock photo via Tim Binning/TheSwimPictures.com

Here is a split comparison between Walsh’s record time tonight, her previous best, and Pelton’s NAG from 2011:

The biggest difference between Walsh tonight and her performance at this past Summer’s Pan American Games is that she came home much faster tonight. She was just .11 seconds faster on the first 100 tonight than she was in Peru, but she came back a whopping 2.12 seconds faster, largely thanks to her 30.30 on the free leg compared to 31.87 at Pan Ams. When Pelton set the NAG, she took the race out considerably faster than Walsh has before in her career, but lacked the back end speed Walsh has shown.

When’s the last sibling combo been at the Olympics for USA? I recall many moons ago: Kellers, Piersols, Kirks, I’m sure I’m missing obvious ones here. Walsh and Foster 2020? That’d be neat.

Margalis maybe? If you mean same olympics that might not be the case.

Edit: never mind.. he was Pan Ams not Olympics…. still a Nat team member though

The Anderson sisters as well.

Congratulations Alex! So many records tonight!

If Baker swims this at Trials…Walsh will still be in position to make the team.

Last I checked, they don’t award the places until after the race.

Is that a WJR?

My guess is that she’s too old. Usually girls are by the time they are seniors in high school. I think she has still be 17 by Jan 1.