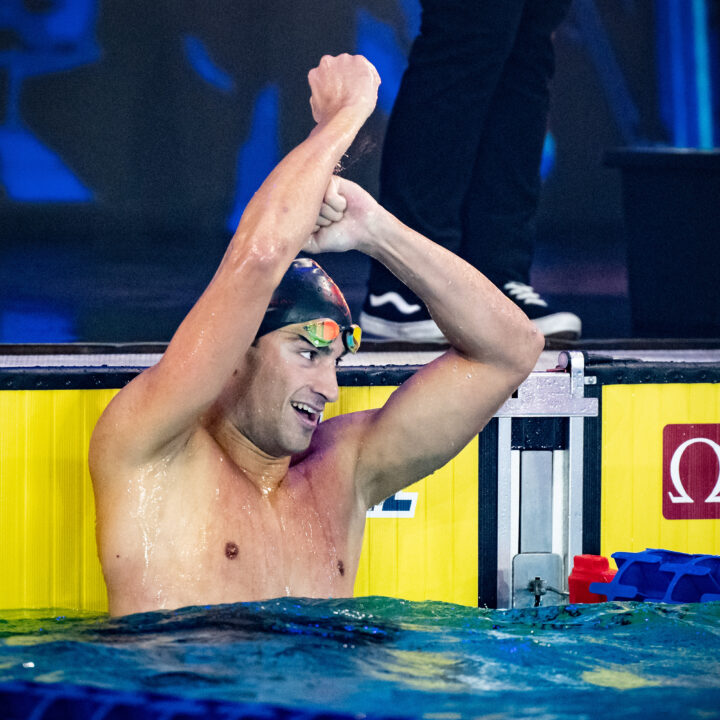 Alberto Razzetti, above celebrating with the "T" of the Toronto Titans, broke the Italian Record in the 200 fly for the second consecutive week. Archive photo via Giorgio Scala / Deepbluemedia / Insidefoto

With Razzetti swimming for the Toronto Titans, and not the home country Aqua Centurions like most of his Italian teammates, this is his last match of the 2021 season in front of the home crowd. The Titans will next be in action in the Playoff round, which will begin in November in the Netherlands.

The victory over Le Clos is a big confidence booster – the South African swimmer’s 1:48.57 in season 2’s finale was the fastest in the ISL that year, though he hasn’t been as sharp this season. He won 8 out of 10 200 butterfly races through the first two seasons of the ISL, but this year has only 1 win in 4 starts in the event.