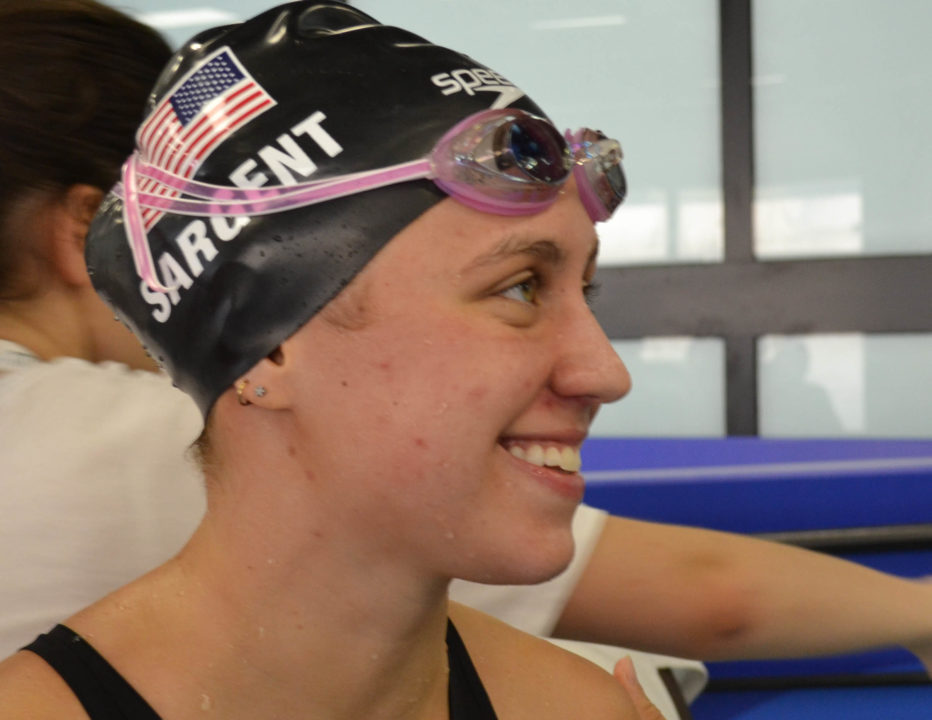 American Makayla Sargent (above) is now officially the winner of the women's 400 IM gold medal at the World University Games in Napoli. Current photo via Giusy Cisale/SwimSwam.com

After the confusing and controversial start to the women’s 400 IM final on Thursday resulted in Britain’s Abbie Wood, the #2 seed, stuck on the blocks while the rest of the field raced for gold, FISU has made the results of the race official, as swum.

Britain protested the results on the basis that Wood said she couldn’t hear the “take your mark” command from the starter. The competitors weren’t stopped because Wood took a start-ready position before the command was given, so the starter had no indication that she wasn’t ready for the race. An attempt was made to recall the swimmers, unsuccessfully, and the race was allowed to continue.

While the results are now official, the medal ceremony isn’t planned until Saturday, to give some time for the dust to settle.

The swim by the 21-year old Sargent is her lifetime best by more than 2 seconds. The Americans now have a 7-Universiade streak of winning at least gold or silver in this event, dating back to 2007.

While I feel bad for wood it is ultimately her undoing. Congrats to the medalists

Tough situation for all involved, but ultimately I can’t see how any other decision was viable. Didn’t realise the race was originally recalled, that’ll be what made the situation so tricky. Time to focus on the 200IM for Wood now, and congrats to the medallists – Can’t have been easy to sleep last night!

After GB declined the timed final option this is the best move.

Selfish and childish to decline another shot to swim the event when it was their (GB’s) swimmers own fault.

The race was recalled for a reason, so presumably the starter felt it was an unfair start. Don’t think it’s fair to blame the swimmer on that front, but totally right to blame British Swimming for cutting off their nose to spite their face.