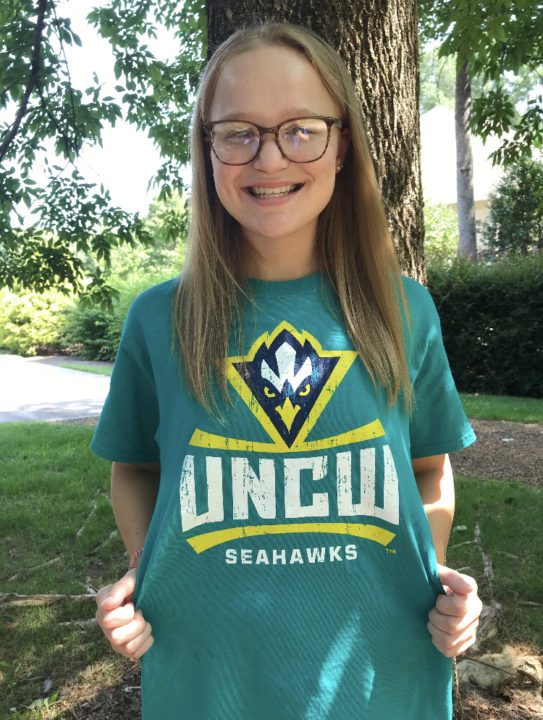 Mecklenburg Swim Association’s Katie Knorr has changed her verbal commitment from East Carolina to UNC-Wilmington for next fall. Knorr’s change of plans comes after ECU shuttered its swimming & diving program in May; news of the program’s shutdown came just a few weeks after she had initially announced her ECU verbal.

I am excited to announce my verbal commitment to study and swim at UNCW. I’m thankful for all my coaches, family, friends and ECU coaches who have helped me get where I am now. Let’s go Seahawks!

Knorr joins new head coach Bobby Guntoro’s first recruiting class. On the women’s side, she joins Reece Alexander, a 55.1 butterflier. Alexander is also in-state, and she, too, was initially committed to ECU.

Awesome! Keep up the good work and shoot for the moon!

So happy for her!

Glad she found a swim home after getting rug pulled out from under her.