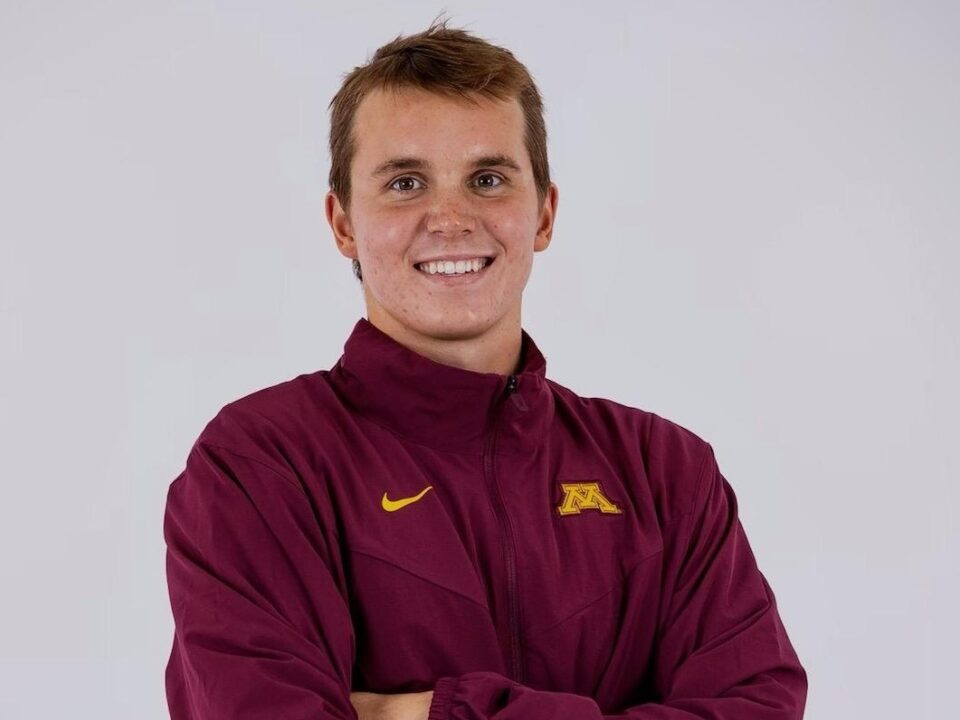 A versatile freestyle swimmer, Denton Smith has announced he will join Minnesota in 2022 after taking a gap year following high school.

After graduating high school and electing to take a gap year before beginning his collegiate career, Denton Smith has announced that he will be joining the University of Minnesota in the fall of 2022. Smith graduated from Saguaro High School in the spring of 2021 and has since continued training with the Phoenix Swim Club in preparation for college.

“I would like to start off by saying thank you to my family, my coaches, and my friends for supporting me and helping me turn what once was a dream of mine into a reality.  I would also like to give a special thank you to Coach Kelly and the rest of the Minnesota coaching staff for believing in me and supporting me in this journey.  Go Gophers.”

Since his high school graduation in the spring, Smith has continued training with the Phoenix Swim Club in preparation for continuing his athletic career in college. Last March, he competed at the Sectionals meet held at Four Corners. There, he picked up new lifetime bests in five different events on his way to four finals appearances. For Smith, his best race at the meet was the 500 free, where he pulled off a 9th place finish. Smith was over six seconds faster in finals than he was in prelims, with his time in finals being 4:31.66.

A versatile swimmer, Smith has a range that can stretch from the 50 free all the way up to the 1650. He has already hit lifetime best in the 50 up through the 500 this year, with many of those swims coming at the Champions Series meet at Four Corners.

Next fall, Smith will be joining a Minnesota program with a very young distance group. Last season, the program was led in the 500 by a pair of freshmen, Sawyer Grimes and James Freeman. In the 1650, it was freshman Chris Nagy who led the team last season, clocking a 15:06.97 in the event at the Big-10 Championships to take 9th. Nagy was named to the 2021-22 US National Junior Team.

Smith will be joined in Minnesota’s freshman class next year by Connor Groya, Jack Ballard, and Drew Kistler.

I competed against his dad, Matt, in college (backstrokers rule!). If Denton is anything like his dad, he’ll blossom nicely as he gets into his junior/senior years. My son, Ryan King, just took a gap year and is now committed to Arizona State! A gap year isn’t as easy as it sounds – lots of dedication. Way to go, Denton!

Minnesota is getting an awesome swimmer and even better person! So happy for Denton! Go Gophers!

Unfortunately, Denton will never beat IU in a dual meet!