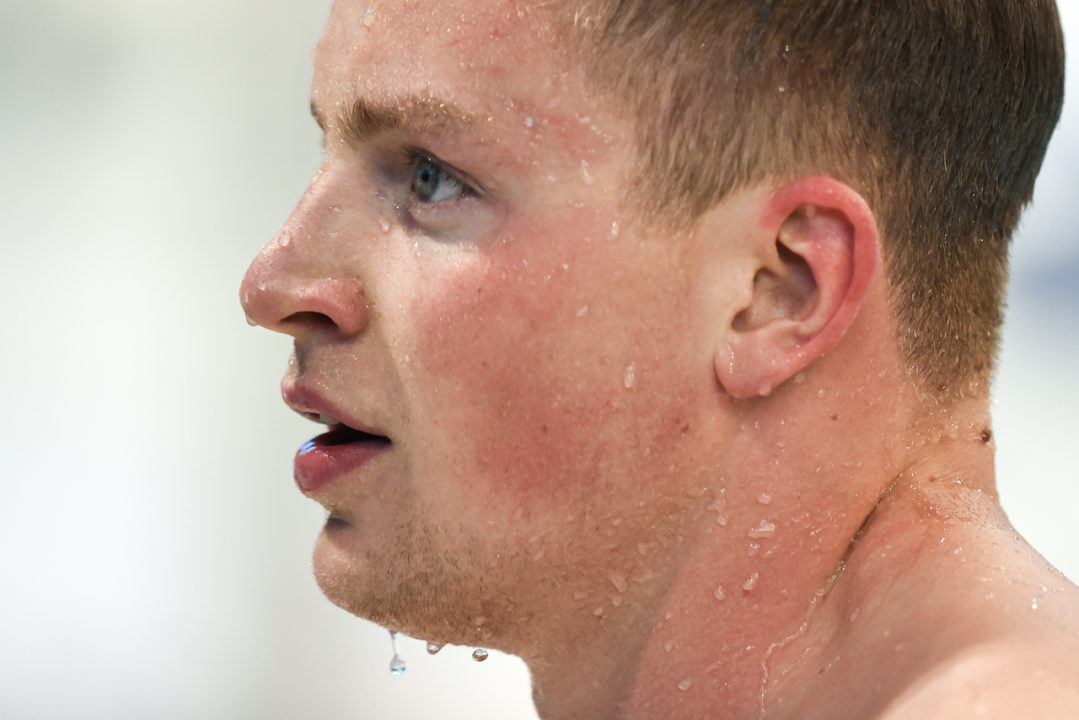 Adam Peaty is on the Queen's New Year's Honours List for 2016. Archive photo via Peter Sukenik/www.petersukenik.com

The honors keep flowing Adam Peaty‘s way, as the 22-year-old British swimming star will be receiving an MBE from his nation’s Queen’s New Year’s Honour List. The 2016 Olympic gold medalist who was nominated this year for BBC Sports Personality of the Year for a 3rd consecutive time was notified he will receive the ‘Most Excellent Order of the British Empire’ (MBE), the award given by the Queen for remarkable service to the community.

Peaty crushed his own world record en route to gold in the men’s 100m breaststroke event in Rio, taking home GB’s first gold medal at the 2016 Olympics. He was also a vital contributor to GBR’s 400m medley relay which took silver at the Games.

Mother of the Commonwealth, European World and Olympic champion, Caroline Peaty said of receiving the MBE announcement via mail, “To be honest, when I first saw the letter, at first glance, I thought it was from the tax office or something as it looked so formal. (Burton Mail)

“When we read it, though, we couldn’t quite believe it. I am just so, so proud. He definitely deserves the honour, but I thought he might be a bit young. His grandmother was a lot more confident about it and said she had expected him to get it.

“Adam is so patriotic, so this really does mean the world to him. He will be incredibly honoured to receive an honour bestowed by Her Majesty The Queen.

“I think this shows what an ambassador he is for the sport and what a strong role model he is for young people. In every interview he does, he is encouraging youngsters to get involved in swimming.” (Burton Mail)

Peaty is joined by two other Olympians on the Queen’s Honor List, including track and field stars Mo Farah, Andy Murray and Jessica Ennis-Hill.

They really need to get a King back in charge of that place!

Except there is no British Empire . They really should stop at ‘ most excellent order of Britain’ & even then that’s barely hanging on .