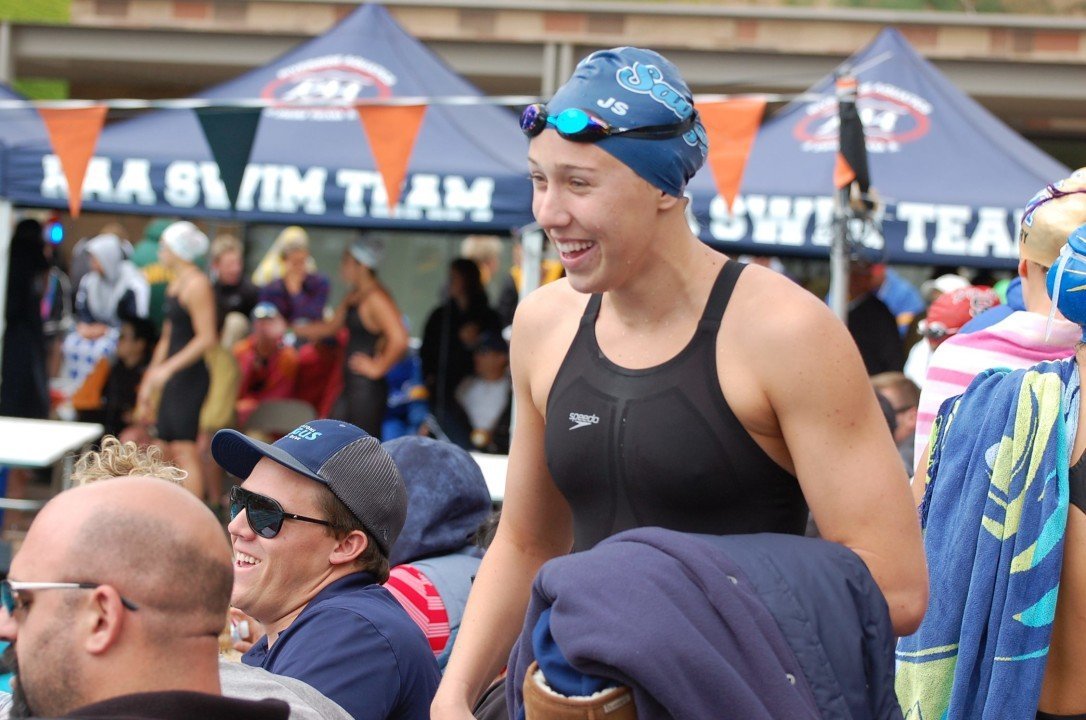 The public high school record is now more than a half second faster than the private school record. Archive photo via Anne Lepesant

After ripping down the record board during prelims of the 2015 CIF-SS Division 1 prelims, Abbey Weitzeil is at it again in finals.

Not long after breaking her record in the 50 freestyle, she was back up on the blocks for the 100 freestyle. She ran away with the girl’s 100 freestyle, winning the race with a new national record time of 47.33. She broke her own national HS record from prelims of 47.53.

A full recap of finals will be available later.

Abbey Weitzeil looking back at her 2014 year.
https://www.youtube.com/watch?v=0bC_yViS_Nk

21.64 is very close to her PB of 21.49 from last December. Unlike her 47.33 in the 100 free compared to her PB of 46.29. I think she doesn’t still know how she swam that crazy time at US short course nationals. 🙂
While obviously she has the US relay in mind, perhaps her focus is more on the 50 free.
It would be logical. Her best chance to qualify in individual for Rio is the 50 free. Abbey Weitzeil and Simone Manuel are the big favorites in that event.
But don’t forget to work your 100 too! The US relay badly needs the fastest possible Abbey to beat the Australians and the Dutch in Rio.

She is one fast young lady.