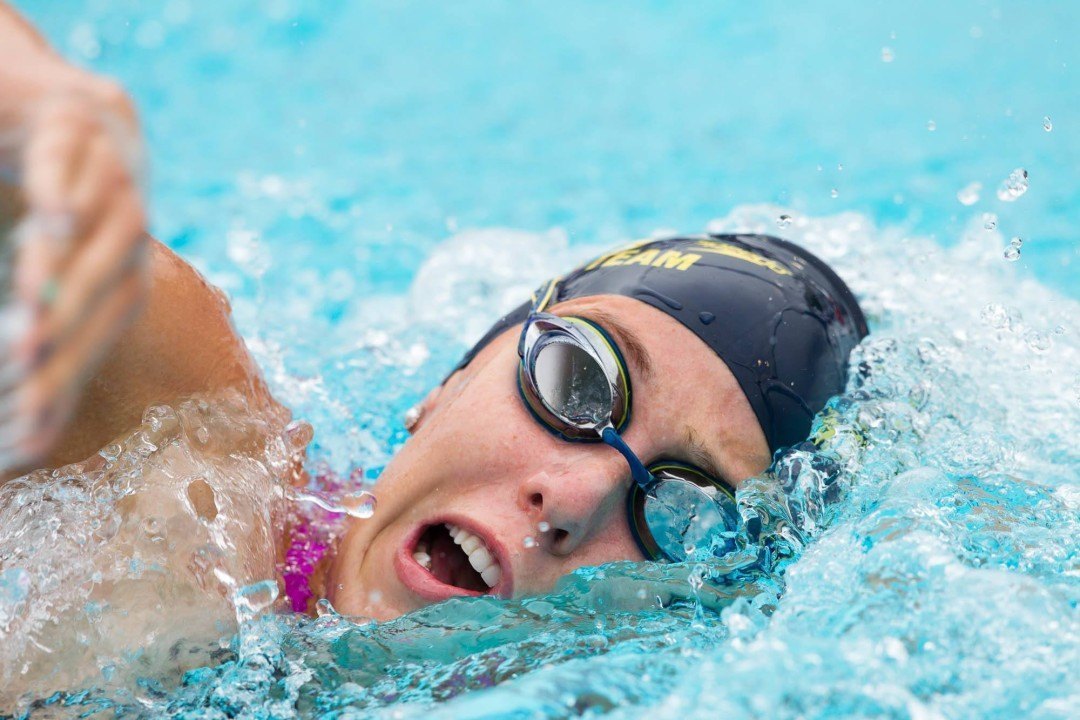 Weitzeil swam a 21.83, which breaks her own record of 21.98 done at this same meet last season. Christina Swindle still holds the independent school record at 22.30 from 2002.

Weitzeil has been much faster than that 21.8, having swum 21.49 at the 2014 Winter Junior National Championships. Because that was not a high school meet, though, the swim didn’t count as a record.

The early result also puts Weitzeil’s National High School Record in the 100 yard free on high notice. It’s currently a 47.82 from last year’s championship, but in December she broke the American Record (any age, any level) with a 46.29, so the 47.8 should be short-lived.

Weitzeil has signed to continue her swimming career at Cal as the #2 recruit in the class of 2015, but has announced that she will defer for one year while preparing for the 2016 Olympic Trials.

Weitzeil is looking to complete a perfect four-for-four career sweep of both the 50 and 100 yard freestyles at the CIF – SS Division I meet, and is also the Meet Record holder in both races.