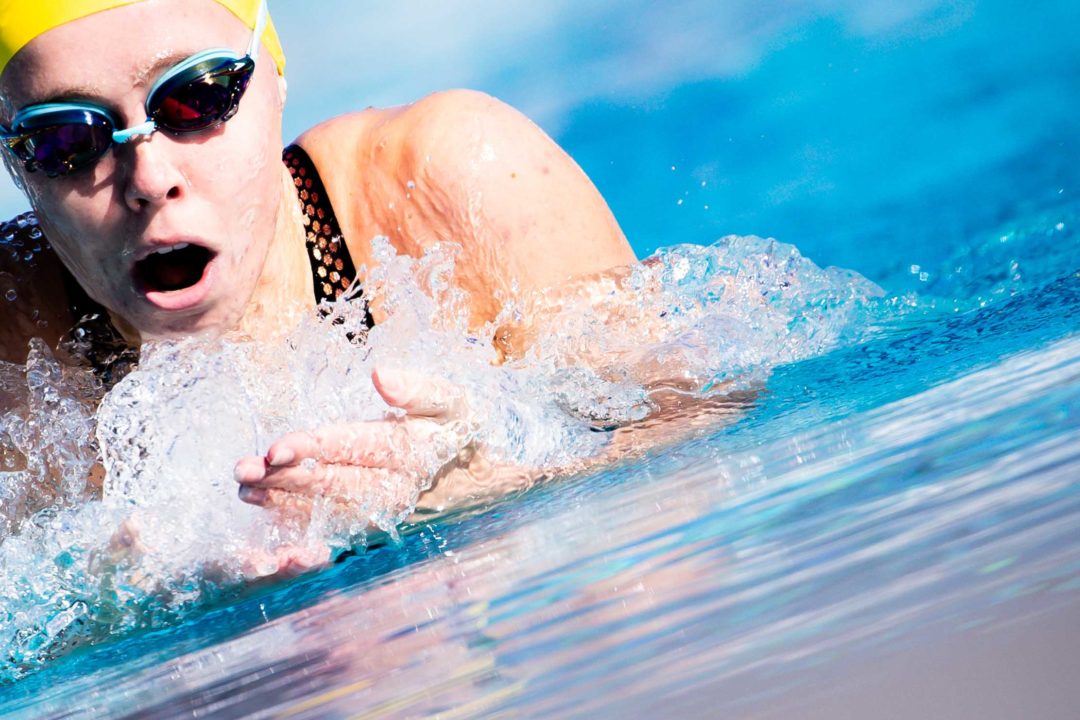 USA Swimming announced on Monday the names of 79 athletes who have been selected to the 2021-22 U.S. National Junior Team.

The 72 pool swimmers and 7 open water swimmers named to the 2021-22 National Junior Team come from 26 states and 61 clubs. With four athletes apiece, Nation’s Capital Swim Club and TAC Titans put the most swimmers on the team. Sandpipers of Nevada and SwimMAC Carolina each had three selections. North Carolina is the highest-represented state with 10 athletes, followed by California with eight.

To be eligible for selection, athletes had to be 18 years or younger and eligible to represent the U.S. in international competition on September 1, 2021. In addition, they had to meet performance criteria. For pool swimming events, selections were made in a similar fashion to the last several years. Times had to be in long course meters and could be from any USA Swimming or FINA approved competition from January 1, 2021-August 31, 2021.

25 of the athletes selected competed at the Berlin and Budapest legs of the FINA Swimming World Cup earlier this month, including gold medal-winners Zhier Fan, Gormsen, Quintin McCarty, and Carly Novelline. Nearly all of the pool swimmers made Wave II of the U.S. Olympic Team Trials in Omaha last summer, including Josh Matheny, who placed fifth in the 100 breast. All in all, 34 athletes named to this year’s National Junior Team posted top-20 finishes at Wave II.

As has been standard in recent years, athletes will not be eligible for the National Junior Team if they have competed individually at the Olympics, Pan Pacs, or World Championships. Athletes will also be considered regardless of year in high school or college, provided they are 18 years old or younger on September 1st.

Note: the full 2021-2022 Open Water National Junior Team will be announced by November 1, 2021. The selection criteria are as follows:

Seems like the 800 & 1500 free times might need tightened up next year as 8 female swimmers named in each event. Obviously some overlap, but seems a bit crazy as way more than any other events, for example only 2 swimmers in 100 & 200 breaststroke?

Isn’t based on world rankings?

It is, but from a maturation stand point, this procedure really favors distance swimmers. Kind of an odd philosophy.

Agree and for example 20th in world for 100 free very different level of swimmer than 20th in 1500 free vs world record etc. There is simply is not as much depth in distance events, nor # of swimmers who even register a time vs. shorter events. Should it be based on same # ranking across all events if 50,000 swimmers compete in 100 free vs 5,000 in 1,500 free? If US swimming does not address they will continue to provide opportunities to far more distance swimmers than any other event, it’s just a fact.

With 7 of that small team being NC State swimmers or recruits.

What are some of the benefits these kids get for making the National Junior Team?

Cool swag, a trip to the OTC in April, bragging rights, a load of confidence, connections to top coaches in the US, and a huge resume booster if they are hoping to get recruited by a top tier college program.

In the before times, team camp in C Springs, swag, trip to Vancouver for Mel Zajac, occasional international trips, and I think guaranteed entry to pro swims. In Covid times…nada. In 2022, who knows.