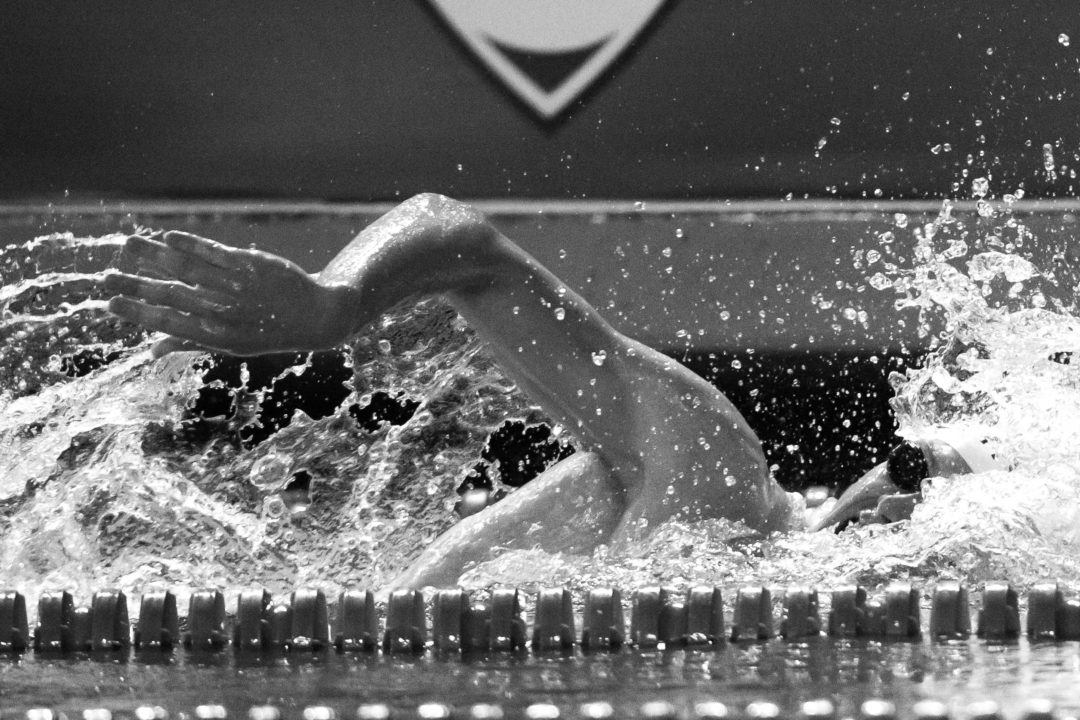 Swimming has more parent involvement than many other sports—especially if you have a team that relies on hosting meets for some of its budget. Current photo via Mike Lewis/Ola Vista Photography

Swimming has more parent involvement than many other sports—especially if you have a team that relies on hosting meets for some of its budget. How do teams encourage parents to volunteer and make sure it’s not the same handful of parents who are doing all the work? How do you get parents to sign up for the big jobs like becoming an official?

I spoke to several other parents, coaches and officials who provided ideas. One person with three swimmers said being an official helped him later as a coach: “I learned the rules! Why swimmers are DQ’d. I hate to say that I had to learn the negative to embrace the positive because let’s face it, swimmers see us as the negative when they are DQ’d for the first time (I once had a swimmer run away from me so I couldn’t tell her what she did … still got DQ’d .. still filled out slip). Later, they learn that we are, in fact, helping them become better and I had swimmers ask me what they did wrong and what it’s supposed to look like so it wouldn’t happen again. That’s what got me interested in coaching…. And then the social aspects. I’ve met some fantastic officials. I can count trials officials as good friends and officials love it when coaches know the rules.”

A former swim parent, who spends weekends as a meet administrator or a deck official said: “Our main purpose is to serve the swimmers. We’re here because of them.”

Some teams require parents to rotate in and out of jobs, including becoming officials, or face fines. Some LSCs pay professional officials while others depend on parent volunteers. When a team is looking for volunteers here are six ideas—whether it’s to fill a timing chair or to become an official:

When a meeting is held for the entire team, for new parents, or one-on-one, it’s important to let parents know why the team needs volunteers, what the jobs are and how to sign up. If a team’s budget is dependent upon hosting meets, then it’s essential everyone helps out.

Show appreciation for parents who make a difference. Whether a coach sends out an email or Facebook post thanking parents for their hard work, or it’s earning some sort of prize, people like to know their work has been noticed.

Teams can have a “go to parent” or each age group can have parents willing to answer questions. We had a coach who assigned one or two parents per group to follow up if there were schedule changes, need for volunteers, or to help arrange car pools. When I was new to our team, I was nervous about volunteering at our first meet, but all it took was one friendly person with a smile to get me started.

Parents who help out tend to be busy and happy. They aren’t sitting around waiting to leave. A meet, although filled with long hours and hard work, can be satisfying knowing you’ve contributed to the experience not only for your own kids, but all the visiting families as well.

The officials I know love what they do. They are having fun with their peers, swim families and watching swimming long after their kids have left their age groups years. They became officials because they love swimming and want to continue to be a part of the swimming community.

If we’re happy about volunteering for our children’s team, our kids learn that we value their hard work and the time they are putting into their sport. We’re also showing our children that it’s a good thing to help out in our community. Parents who appreciate swimming will have kids who stick with it.

How does your team encourage volunteerism?

I was fortunate to have some great mentors during my first summer as an official. The experienced officials were able to coach and guide me through my first meets and made sure I was confident before leaving my side. My favorite experiences as an official including the excited and smiling faces of those children that finish their first event without a DQ. Its rewarding to watch a swimmer improve over the course of 5-7 weeks.

By volunteering during the meet, you learn about how much goes into hosting such an event and you gain an appreciation for all the people working hospitality, clerk of course, as officials, safety marshals, timers, meet directors and admin officials, computer console operators, etc. The people that never do anything but sit up in the stands have no clue what’s going on behind the scenes and as far as they’re concerned the whole meet is just a big stage production put on for the sole purpose of them watching their swimmer perform. These are the people who 8!+(# and moan and cause drama wondering why Suzie or Billy didn’t drop time in every event during a mid-season… Read more »

Totally agree!! Years ago I became an official and meet director for the same reasons you stated. In our club and LSC in general, those who regularly volunteer have kids that are happier and often faster swimmers. Happy swimmers are faster swimmers!! My kids have moved on to D1 college swimming, but they often tell me the best part of their AG swimming was racing in the lanes of my jurisdiction. I told them “the same for me” and now miss those moments terribly.