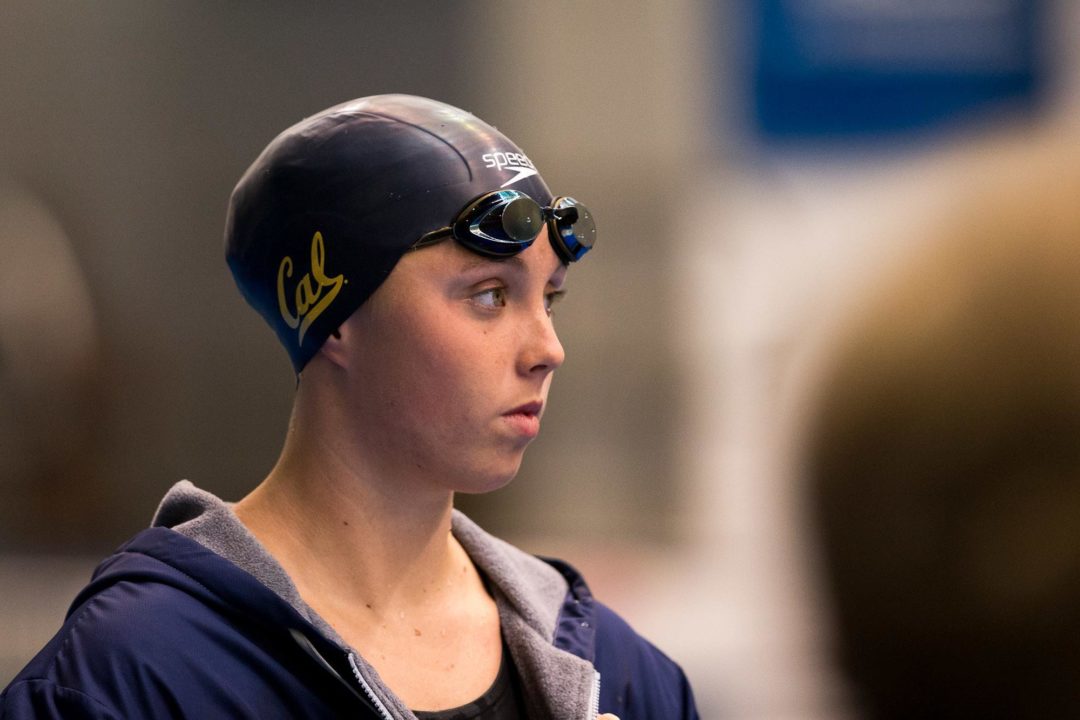 Lauren Driscoll, who collegeswimming.com rated as the #6 recruit in the high school class of 2012, will transfer from Cal prior to next season, the school confirmed today.

“Lauren has made the decision to move closer to home,” Cal head coach Teri McKeever said. “We wish her all the best in the future.”

Note: for those wondering, ‘home’ for Driscoll is just outside of Ft. Lauderdale.

Driscoll was a piece of Cal’s monstrous freshman class this past season that included swimmers like Liz Pelton, Rachel Bootsma, Kelly Naze, and Rachael Acker, all five of whom qualified for the NCAA Championships in their initial seasons in Berkeley.

As a prep swimmer in Florida, Driscoll was one of the top distance swimmers in the country, especially in long course. She earned gold medals at the 2010 Jr. Pan Pac Championships on the 800 free relay, and an individual gold (and Meet Record) in the 800 freestyle as well. She also has two Olympic Trials berths under her belt, having qualified in 2008 at just 14-years old.

she would fit in great at UF

Good luck to her wherever she goes! She’s a great swimmer and great kid!