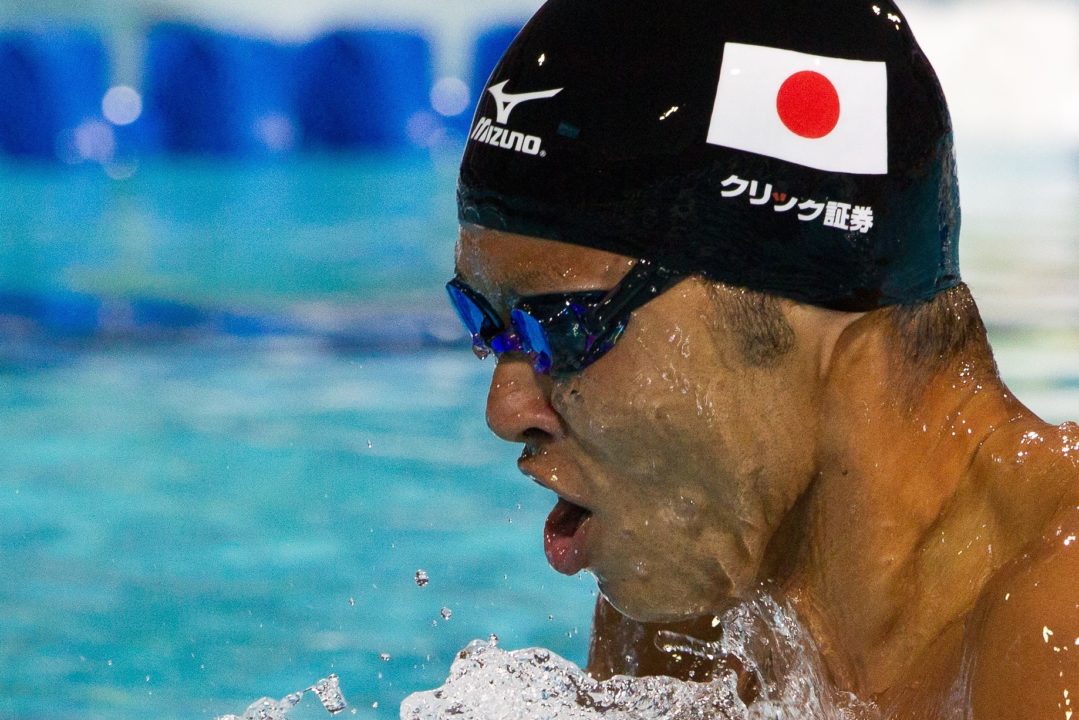 Kosuke Kitajima will return back for a short training stint with Dave Salo at USC leading up to the Japan Open in late May. (Photo Courtesy: Tim Binning/TheSwimPictures.com)

Kosuke Kitajima, since the London Olympics, has been training back home in his native Japan. In a story passed to our Garrett McCaffrey by Takahisa Ide today, Yomiuri.co,jp reports in Japanese that Kitajima will be back at USC for the next month to train and prepare for his relay-only appearance at the World Championships.

Kitajima won the 100 breaststroke at the recent Japanese National Championships and World Championship Trials, but being only a 1:00.78 (short of the FINA Automatic Qualifying standard), he will only swim the medley relay at the World Championships, according to the roster released last week.

With that, Kitajima will return to the United States to train with Dave Salo, the coach who led him up to the 2012 Olympics, until the Japan Open that runs from May 24th-26th in Kanagawa.