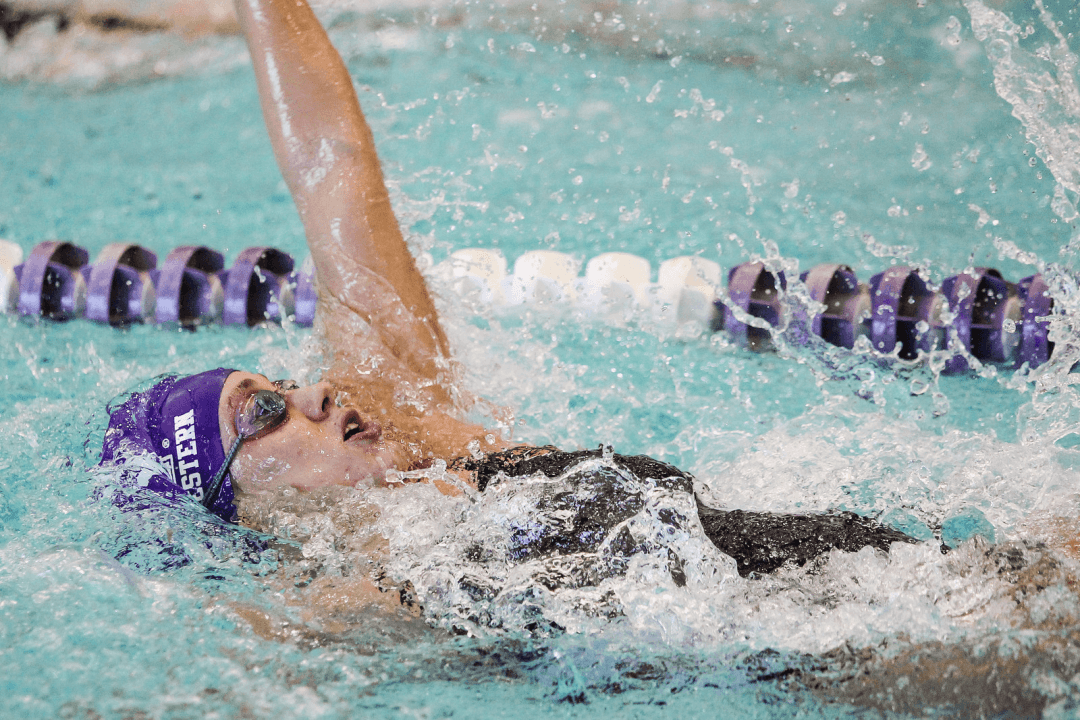 Through 2 days of competition, there have been 12 pool records broken at the Northwestern TYR Invitational. Stock photo via Northwestern University

The Northwestern women won both the 200 medley relay and 800 free relay in pool record fashion. The 800 free relay team of Krystal Lara, Ilektra Lebl, Malorie Han, and Anna Keane went 7:15.59 to break the pool record of 7:16.36, and win the event by more than 15 seconds. The medley relay of Calypso Sheridan, Sophie Angus, Nicole Aarts, and Mary Warren won with a 1:39.80, crushing the pool record of 1:41.26. Northwestern was helped in part by Calypso Sheridan‘s speedy 24.87 lead-off split.

Calypso Sheridan, a Northwestern Freshman, then went on to break the pool record in the next event, the 400 IM. Sheridan went 4:09.08 to win the event by 8 seconds, break the pool record by 5 seconds, and achieve an NCAA B cut by over 10 seconds. Fellow Northwestern Freshman, Ilektra Lebl came in 2nd, posting a 4:17.12, which was also good for an NCAA B cut.

Daniil Antipov (Grand Canyon) broke his own pool record in the 100 fly, winning the event with a time of 46.39. That time was also a team record, good for an NCAA B cut, and less than a second off the NCAA A cut.

Youssef El Kamash destroyed the field in the 100 breast, posting a 52.76 to break the pool record of 52.92, which was set by Mike Alexandrov. He achieved the NCAA B cut by over 2 and a half seconds, and is only 1 second off the A cut.

Mark Nikolaev won the 100 back by 3 and a half seconds, posting a 45.22. That time would have been a pool record but Nikolaev lead-off the 400 medley relay the night before with a 44.99.  Nikolaev’s 45.22 was his 3rd fastest performance ever, and was his 2nd time under the NCAA A cut this season.

That isn’t his second fastest ever, it is his third