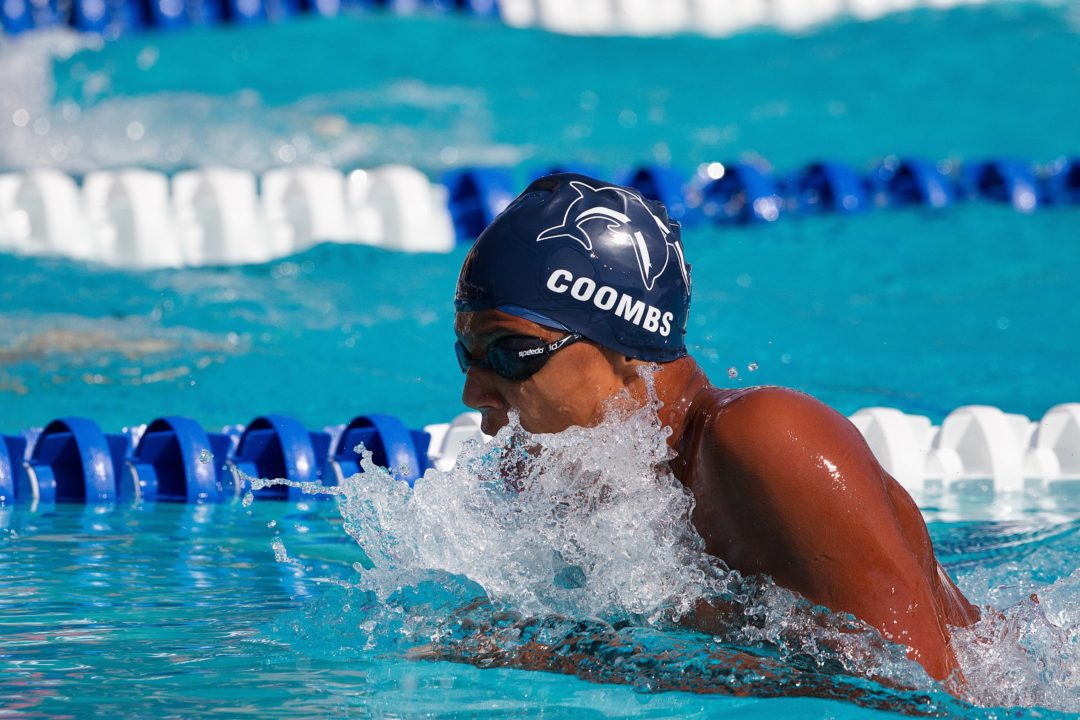 Jason Coombs will bring a new facet to Florida State next season as he is their biggest recruit in years. (Photo Courtesy: ©Tim Binning/TheSwimPictures.com)

For a full rundown of all of the latest college recruiting news, click here.

Last season, the Florida State Seminoles only really had a single ACC-level breaststroker. Next fall, that number will at least double, as the Seminoles have received a huge verbal commitment from in-state swimmer Jason Coombs.

With their in-state recruiting rivals the Florida Gators glutted with men’s breaststrokers, the immediate competition, at least between the top in-state rivals, was probably lightened a bit. The result is a huge pickup for the Seminoles, who added Coombs and his 54.8 in the 100 breaststroke/2:01.8 in the 200 breaststroke to the Seminoles’ stable today.

Coombs’ value will go beyond just the breaststroke races, though. He has Winter Nationals cuts in 10 out of the 13 NCAA events, all of which lead to a very strong 1:48 200 IM and 3:58 400 IM. He joins a Florida State IM group that is developing very well, and includes another breaststroke/etc. swimmer Juan Sequera.

In the least, with a good year, Coombs should have a 20+ point impact immediately at the ACC Championships, between individual and relay races, which was about the difference in 2012 between their 4th-place finish and UNC’s 3rd-place finish.

With the rate at which he is progressing, though, he may soar much higher than that. He’s already the second-best 100 yard breaststroker in the class (based on his times from last season), and  that was a full two-second drop from his sophomore year. He would seem to be far from a peak.

If you’re so close to the situation, then where is he thinking/visiting?

The NOLES!! Not the gators!

Huge pickup for the Gators?

does it say anywhere where he is from? what club? be nice to give his developing coach some ink.

thanks…club and coach should get some credit

Yes Charlie Rose is Jason’s Coach and he does deserve big PROPS!