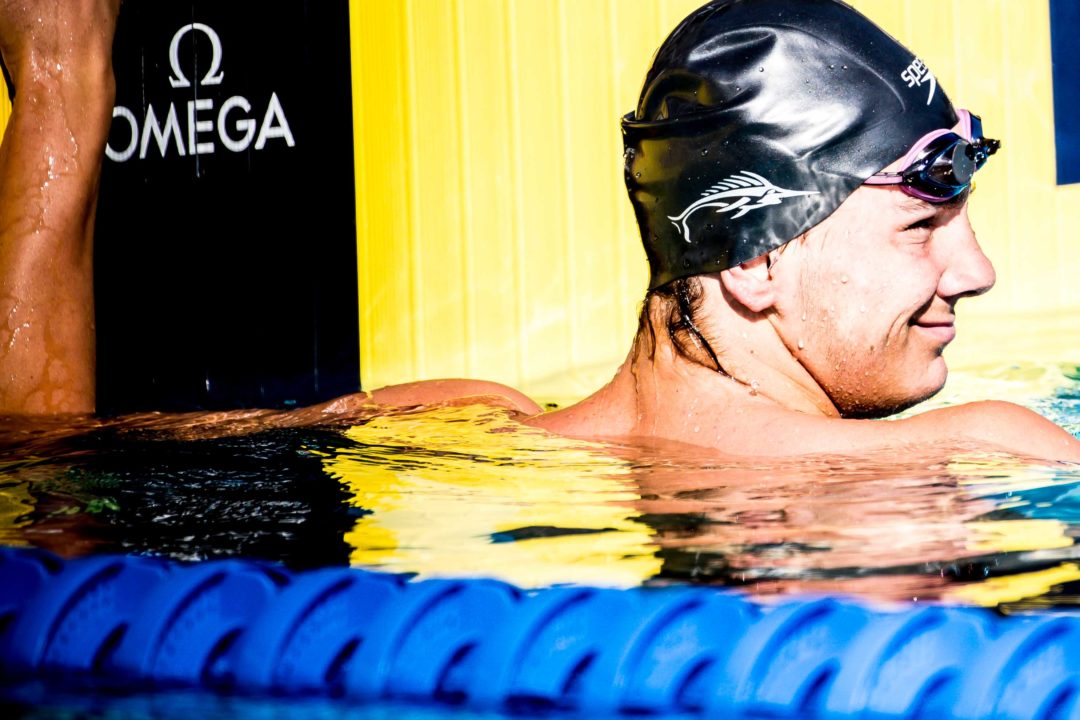 Colby Mefford scratched the 100 fly final to concentrate on the 400 free and it paid off as he scorched the B final and landed his Olympic Trials cut. Current photo via Jack Spitser/Spitser Photography

The men’s 400 free final at the 2019 U.S. Speedo Junior National Championships produced a bonanza of U.S. Olympic Team Trials qualifiers. Five swimmers came to the wall under the 3:57.29 standard and punched their tickets to Omaha.