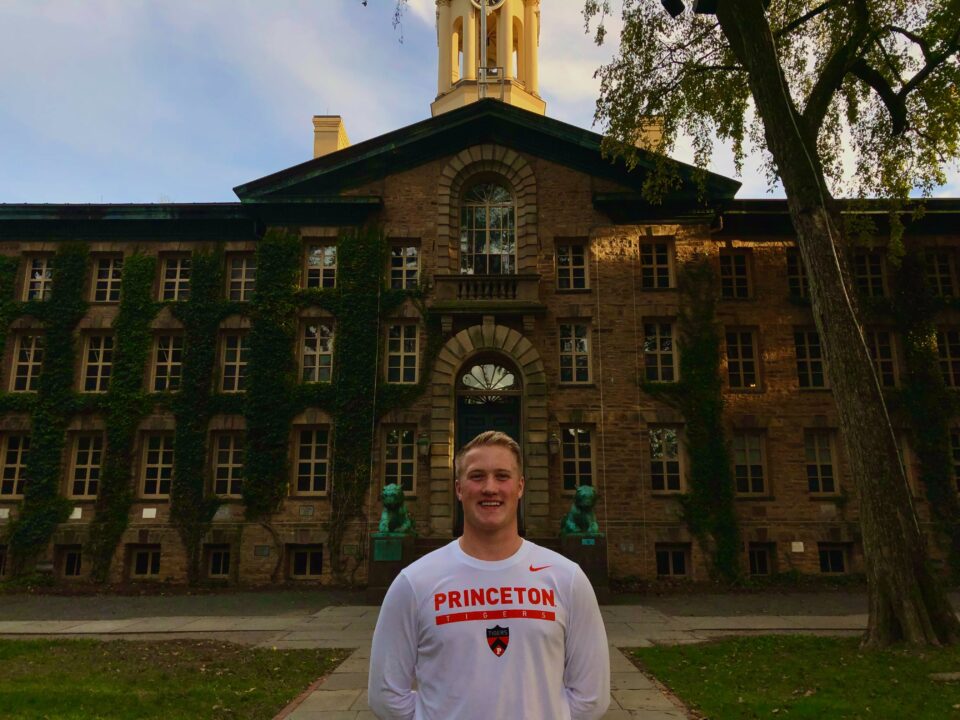 Summer Juniors qualifier Kael Mlinek has announced his intention to swim at Princeton beginning in the fall of 2022. Current photo via Kael Mlinek

Kael Mlinek from Lincoln, Nebraska has announced his verbal commitment to the application process* at Princeton University for the 2022-23 school year and beyond.

“I am honored to announce my verbal commitment to the application process at Princeton University! It’s a dream come true to be able to pursue my academic future and become a member of an amazing swim program at such a prestigious university. I want to thank Coaches Wilnes, Baker (FL), Ebito, JB & Julie Barr, Mueller, and Germonprez, my parents, former and current teammates, and especially my sister, Lanyon. In addition, I am also grateful for former Coach Lennox and his support during the recruitment process along with Coaches Crispino and Brethauer for allowing me to be a part of the incredible team they have built. I am excited for the next four years and a lifetime of being a Tiger!  Go Tigers!”

Mlinek is a senior at Lincoln Southwest High School. He won the 100 free (46.04) and 100 breast (55.09) last season at the 2021 Nebraska High School Swimming and Diving State Championships. He also contributed the breaststroke leg (24.38) to the winning 200 medley relay and anchored the runner-up 400 free relay (45.35), all of which helped the Silverhawks win their first boys state team title, snapping Creighton Prep’s 14-year streak. The 100 breast was a repeat performance; he won the individual state title in 2020 as well (56.81). Mlinek broke the Heartland Athletic Conference 100 breast record that had stood for 30 years with a time of 54.58.

He also swam all three breaststroke distances in LCM at the Speedo Summer Championships-East.

Mlinek will join the Princeton class of 2026 with fellow verbal commits Conor McKenna, James Pan, Lucas Strobek, Lucas Tudoras, and Mitchell Schott. His 100 breast time would already score at the conference level; he would have been an A-finalist at the 2020 Ivy League Men’s Championships (the 2021 version was canceled due to the pandemic). Princeton is in a breaststroke rebuilding mode, having lost its top two 2019-20 performers, Derek Cox and Corey Lau, to graduation.

Congrats baby bro! So happy and proud of you!

Great addition, although breastroke is my least favorite to swim, Princeton is a favorite.

What a great get by the Tigers! Looking forward to cheering on more breaststroke Ivy League titles in the coming years.

Welcome to Princeton, Kael! You could not have made a better choice!

Great choice! Those medley relays will be quick.