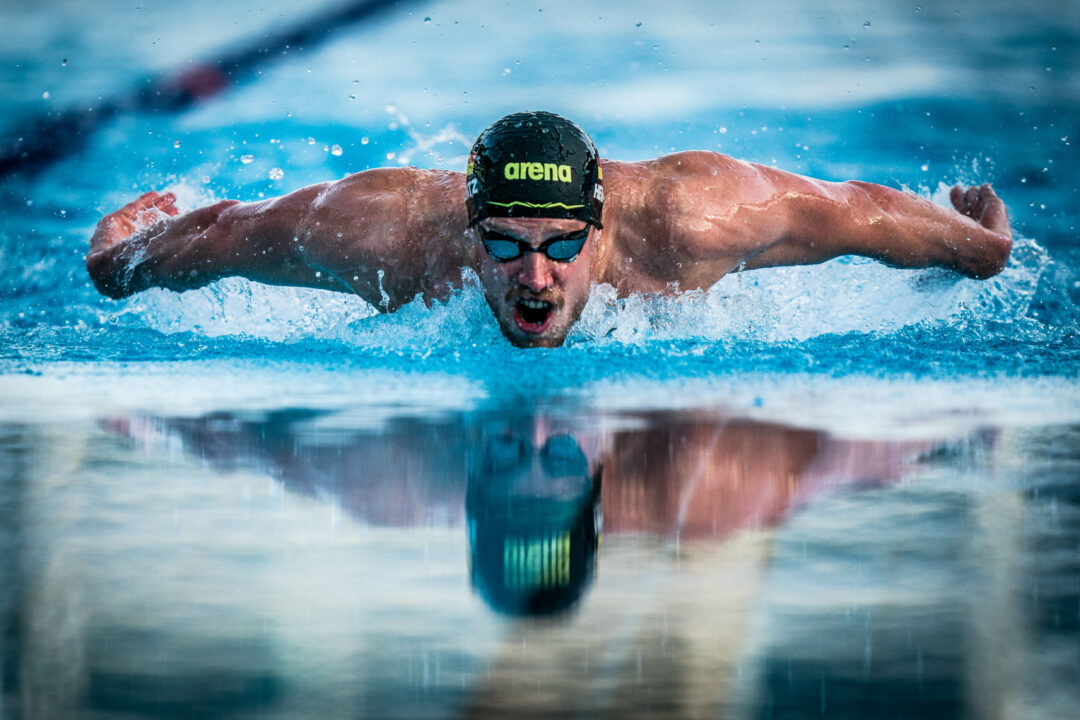 Heintz, who raced for the New York Breakers during season 3 of the ISL, competed at the 2012 and 2016 Olympic Games, making the final at the latter. Archive photo via Mine Kasapoglu

Philip Heintz, a three-time Olympian in swimming for Germany, is retiring.

After his International Swimming League team, the New York Breakers, finished third in the play-in match on Thursday, Heintz posted a photo on Instagram of his teammates wishing him a happy retirement.

At the 2016 short course World Championships, Heintz won silver in the 200 IM.

Heintz competed for the Aqua Centurions in seasons 1 and 2 of the ISL before joining the Breakers. He entered season 3 as the No. 3-ranked male 200 IMer in the league.

Correction: Heintz is a 3-time Olympian, not 2-time. He competed in the 200 IM in Tokyo, finishing 13th in the semifinals.

Legend. 1:55 is no joke- still only a handful of people who have ever gone that fast. Best wishes to him going forward.

Best of luck in all of your future endeavors

Happy Retirement, remember seeing some fast swims at the Swim Open in Stockholm over the years