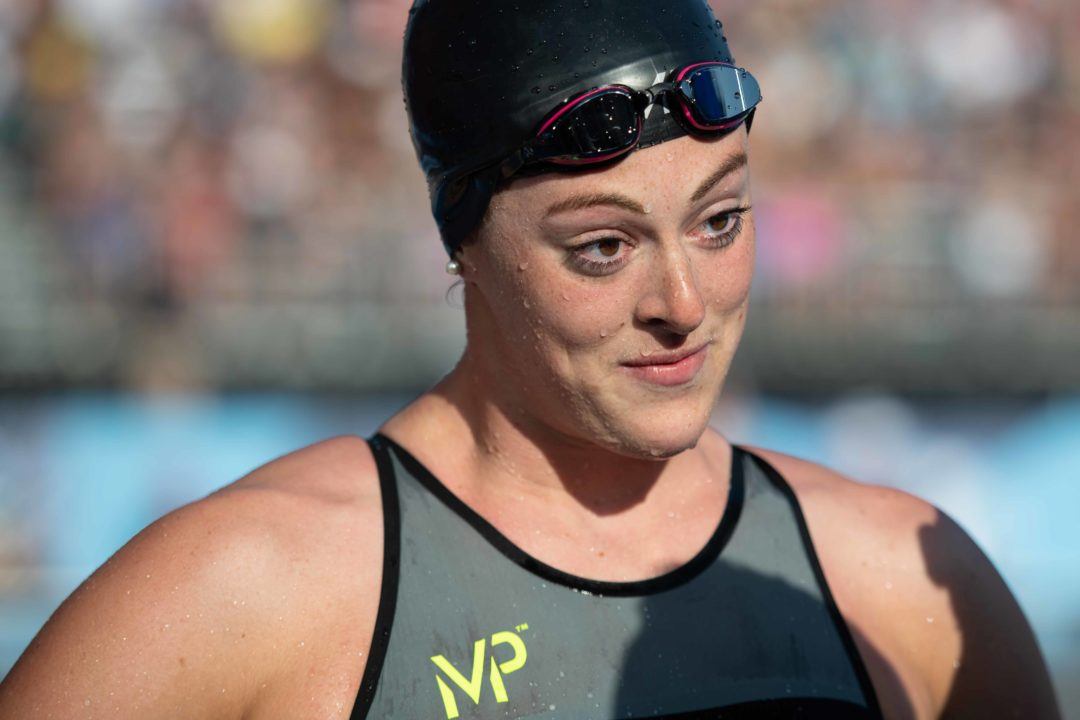 The 10-time Olympic medalist tossed out the first pitch at the team's season finale on Sunday, which it won 5-4 over the Colorado Rockies. Archive photo via Mike Lewis/Ola Vista Photography

Allison Schmitt, a four-time Olympian and 10-time medalist for the United States, threw out the ceremonial first pitch at the last game of the Arizona Diamondbacks’ season.

Allison Schmitt throwing out the first pitch. The swimming side of me is very happy right now pic.twitter.com/BI6tp8T5Qj

The 31-year-old Schmitt has trained under Bob Bowman at Arizona State University in Tempe since before the 2016 Olympics. Chase Field, the Diamondbacks’ home, is located about 10 miles away, in Phoenix.

Schmitt’s close friend and former teammate Michael Phelps threw out the first pitch at a Diamondbacks game in 2018 (complete with his signature warmup). A number of other Olympic swimmers have thrown out first pitches in recent years, including Penny Oleksiak, Katie Ledecky, Ryan Murphy, and Zach Apple.

It appears Phelps may have also been at Chase Field on Sunday with Schmitt — at least, two of his sons were.

Ledecky also attended the Washington Nationals’ last home game over the weekend, showing off her Tokyo hardware, but does not appear to have thrown out another first pitch.

What is Allison doing now that she has retired from swimming? Is she still living in AZ??

She hasn’t said she was retiring yet

She probably could pitch for the Diamondbacks, and raise the ERA!