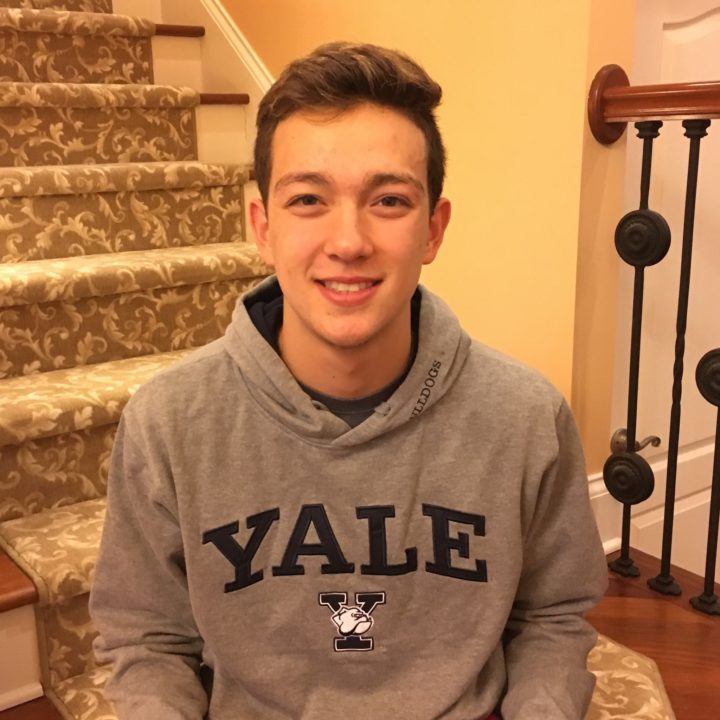 Yale commit Tyler Harmon took the top seed in the 100 back in prelims. Archive photo via Tyler Harmon

4 state records in 12 events highlighted the swimming prelims of the 2017 Indiana High School Boys’ State Championship meet on Friday, including one that cleared a National mark.

Editor’s note: Diving prelims will be held on Saturday morning at 9AM, with semi-finals at 11AM, and finals during the swimming finals that start at 1PM.

The former of those records was also a National Public High School Record in the event. (Read more about that record here)

Another junior, Zionsville’s Jack Franzman, also had a big day. His 43.44 in the 100 free was second to Kibler but also under the old record. In the 50 free, he earned lane 4 for tomorrow’s final with a 19.85 that makes him the first Indiana high school swimmer under 20 seconds. The old record of 20.08 was set by Kyle DeCoursey in 2015.

Kibler only swam one relay in prelims, the 400 free relay, and split 43.78 on the anchor. Zionsville has the top seed there, but Carmel will now have the flexibility to use Kibler on either the medley or 200 free relay in finals.